This week’s Vinyl Vault gets down; all the way down with local funksters Analog Son and their fourth album, “Funky Mother.” The album serves up a relentless program of the classic funk sound for which the band has earned a reputation from its live shows around Colorado. The album was produced by Eddie Roberts of the New Mastersounds and recorded was in the Denver area. And, as a 2018 release, this album earns the title of the most recent record ever featured on the Vinyl Vault. By a long shot. Join Geoff Anderson on the Vinyl Vault, Tuesday, February 11 at 8:30 pm on KUVO Jazz. 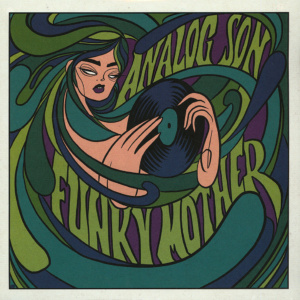