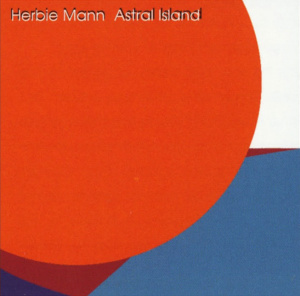 Flutist Herbie Mann played on well over 100 albums including more than 85 under his own name. He also ran three different record labels during his career. On the Vinyl Vault, we’ll hear some tracks from his 1983 album “Astral Island.” The album came out on the Atlantic label and was part of his long association with the label, encompassing nearly 50 releases.

On “Astral Island,” Mann explored light Latin rhythms with the help of musicians like Lou Volpe on guitar, Frank Gravis on bass, Buddy Williams on drums and percussion and Kinny Landrum on various synthesizers. In addition, Mann played some tenor saxophone but mainly stayed with his primary instrument, the flute.

Check out Herbie Mann with Geoff Anderson on the Vinyl Vault this Tuesday, January 10, at 8:30 pm on KUVO JAZZ, the Oasis in the City.