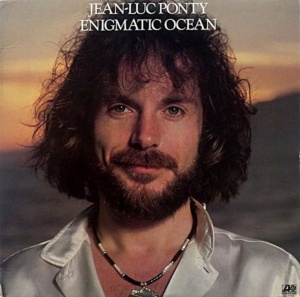 The Vinyl Vault features a fusion classic from French violinist Jean Luc Ponty and his 1977 album “Enigmatic Ocean,” released on Atlantic Records. Shortly after its release, it reached number one on the jazz charts. It’s also one of Ponty’s favorite albums judging from the fact that he performed nearly the entire album at a performance at the Boulder Theater about five years ago.

The band on the album featured a powerful lineup including the twin guitar attack of Allan Holdsworth and Daryl Stuermer, both top fusion players of the era. Ralphe Armstrong held down the low end on bass, Alan Zavod played piano, numerous synthesizers, and other keyboards, and Steve Smith held down the drum chair.

If you remember this album from when it first came out, you’ll want to hear it again and, if you’re not familiar with it, you’re in for a fun time. Either way, join Geoff Anderson on Tuesday, June 28 at 8:30 pm for Jean Luc Ponty’s “Enigmatic Ocean” on the Vinyl Vault on KUVO JAZZ, the Oasis in the City!