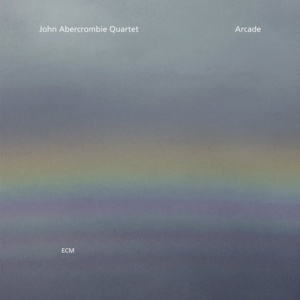 Abercrombie hit the scene in 1975 with his now-classic “Timeless” album, also released on ECM Records. That album immediately established him as one of the foremost artists on ECM with his ethereal, liquid guitar sound, establishing lush soundscapes ideal for late-night listening. “Arcade,” with his quartet, carried on that tradition but added more intricate and jazz-oriented playing. Much of that aspect of the music was due to his band which featured the sympathetic playing of Richie Beirach on acoustic piano. Some of their interplay is somewhat reminiscent of early Pat Metheny/Lyle Mays collaborations. Rounding out the band on “Arcade” were George Mraz on acoustic bass and Peter Donald on the drums.

The compositions were all penned by either Abercrombie or pianist Beirach. Each displays beautiful if sometimes haunting melodies and they all deftly support the improvised explorations of the band members.

Join Geoff Andreson for the peaceful, yet intricate sounds of “Arcade” by the John Abercrombie Quartet, on Tuesday, April 26 at 8:30 pm on the Vinyl Vault. Only on KUVO JAZZ.