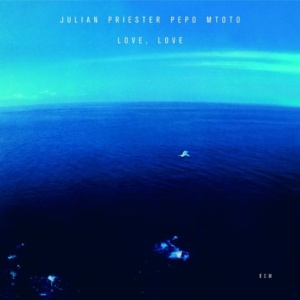 This week’s Vinyl Vault is a fitting send-off to 2020 when we feature trombonist Julian Priester’s “Love, Love,” a 1974 release on the ECM label.

The 19 minute title track is what makes this album just right for the end of a difficult and unusual year. The rhythm section of Ron McClure on bass and Eric Gravatt of Weather Report on drums and congas, lays down a deep, mysterious groove, but then they drop a beat. So, just when you’re tucking yourself into that groove, it jars you out of it, but then it repeats. And repeats. The effect is hypnotic, but with a kick. Maybe a little hot sauce on your ice cream?

While the engine room chugs along with its odd, but invigorating groove, soloists drop in and flit about like guests at a Laurel Canyon party. Priester performs on a variety of trombones as well as whistle flute, cowbell, Arp 2600 synthesizer and prototype Arp string synthesizer. Pat Gleeson hovers above much of the track with synthesized washes and Mellotronesqe strings. Hadley Caliman joins the party on various woodwinds, Bayete Umbra Zindiko holds down the main keyboard chair, often playing the Fender Rhodes. And Bill Connors, about the time he was playing with Return to Forever, appears with a spacy, ethereal guitar sound.

Immediately before this album was recorded, Priester (as well as Gleeson) had been a member of Herbie Hancock’s Mwandishi unit, the group he formed after leaving Miles Davis. “Love, Love” has been described as a continuation of Mwandishi sound and from there, you can draw a direct line to the Miles Davis “Bitches Brew” era.