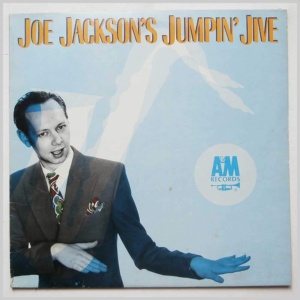 How about a little Rhythm and Blues on the Vinyl Vault this week? And maybe some swing and jump blues too? That’s what’s in store Tuesday, June 23, at 8:30pm when the Vault features Joe Jackson’s “Jumpin’ Jive.” Jackson hit the music scene in 1979 as a “New Wave” artist and released three albums in that genre.

So it was quite a surprise when Jumpin’ Jive dropped in 1981 featuring R&B, swing and jump blues from the 1940s. Jackson is quoted as saying that he had been sick in early 1981 and he swears his recovery was due in part to listening to Louis Jordan records. So the Louis Jordan influence is pervasive on Jumpin’ Jive with hefty side dishes of Cab Calloway, Glenn Miller, Lester Young and Louis Armstrong.

So if you’re in the mood for a swingin’ good time, check out the Vinyl Vault on KUVO JAZZ.