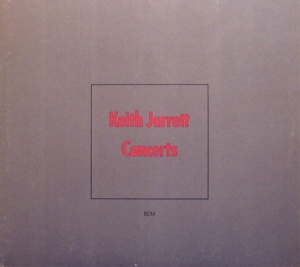 This week the Vinyl Vault focuses on solo piano with one of the best, Keith Jarrett and his 1981 triple album, “Concerts.” The album includes concerts recorded on May 28, 1981 in Bregenz, Austria and on June 2, 1981 in Munich, West Germany. We’ll focus on pieces from the Bregenz concert.

Jarrett probably released more solo piano recordings than any other jazz player, many of them multiple album sets. This one, like many of the others, was released on ECM Records. As with other Jarrett solo works, this album sweeps across a broad emotional and intellectual landscape. Primarily improvised on the spot, Jarrett can be heard moving through different styles and different times, searching, resolving and searching again. The themes effortlessly and gracefully morph and dissolve and reform and relentlessly move forward, carried by the whims of the most sophisticated of musicians.

In October 2020, Jarrett revealed that he had suffered two strokes in 2018 which paralyzed his left side leaving him unable to play the piano with that hand. Now 76, it appears, sadly, Jarrett will not be able to perform again.

Jarrett’s inability to perform makes his live recordings such as “Concerts” all the more important.

Check out “Concerts” with Geoff Anderson on the Vinyl Vault, Tuesday, November 23, at 8:30 pm on KUVO JAZZ.

Vinyl Vault — Cowboy Jazz, “That’s What We Like About the West”