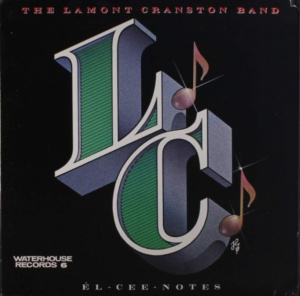 The Vinyl Vault gets bluesy this week with a 1978 album from the Lamont Cranston Band and their album “El Cee Notes.” The band is based in the Twin Cities of Minneapolis/St. Paul and “El Cee Notes” was released on the Minneapolis label Waterhouse Records. One side was recorded in the studio and the other side captured the band in its natural habitat, playing live at the Caboose Bar in Minneapolis.

The band was formed in 1969 by brothers Pat and Larry Hayes. Pat has led the band all these years as primary vocalist and harmonica player. The band is still together and gigs around the Minnesota area as COVID permits.

“El Cee Notes” features several band originals as well as some blues standards by the likes of Sonny Boy Williamson, Howlin’ Wolf, and Big Walter Jacobs. No matter the composer, the Cranstons bring on the good times whether it’s a boogie-woogie beat, an infectious blues shuffle, or one of those low-down gut-wrenching blues numbers. And all the tunes are punctuated by a crack horn section. The band has released about 16 albums over the years and “El Cee Notes” is one of their earlier ones, the third release.

Check out the Vinyl Vault with Geoff Anderson on Tuesday, December 14, at 8:30 pm. On KUVO JAZZ!