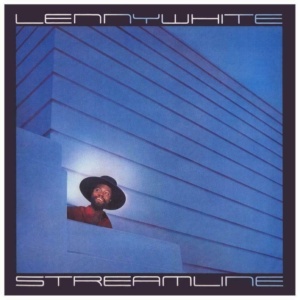 Next time on the Vinyl Vault, we’ll hear a 1978 album from Return to Forever drummer Lenny White entitled “Streamline.” The album was released on the Elektra label and was the fourth solo album from White.

The album was produced by Larry Dunn, keyboard player for Earth Wind and Fire, and some EWF sound slips in now and then. White came to prominence with the electric version of Chick Corea’s Return to Forever which set a high bar for 70s jazz fusion. On “Streamline,” White continued his fusion excursion to some degree, but also added a strong dose of funk and R&B.

A couple of notable players on the album include a teenaged Marcus Miller on bass on one of his first recordings. Also of interest are a number of background vocals by Dianne Reeves, also caught here at the beginning of her career. Although she’s not out front, it’s definitely possible to identify her distinctive voice in the mix. Other members of the backing band included Jamie Glaser, who later spent considerable time with Jean Luc Ponty, on guitar, Donald Blackman on keyboards, Nick Moroch on guitar, and Denzil Miller on additional keyboards.

White composed or co-wrote several of the songs on the album, but all the other band members contributed a song or two as well, making for a varied program. And, despite the fact that this is a drummer’s solo album, there are no drum solos.