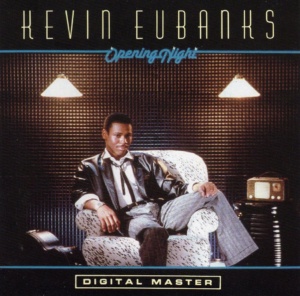 The Vinyl Vault will feature the third album from guitarist Kevin Eubanks. “Opening Night” came out in 1985 on the GRP label. Eubanks is joined on the session by a first class band including Branford Marsalis, Kenny Kirkland, Marvin “Smitty” Smith, cousin David Eubanks, Buster Williams and Big Black.

Eubanks wrote all the songs, but it’s a varied program ranging from quintets and quartets to solo and duet pieces. A highlight is a duet with Big Black on tumba drums and Eubanks on acoustic guitars. Others are state of the art, tasteful bebop. The solo pieces are delicate and introspective.

Eubanks started his recording career at the age of 25 with an album on the Elektra label which led to a 7 album deal with GRP Records, of which “Opening Night” was the second. He later released 4 albums on Blue Note and more recently started his own record label called Insoul Music where he’s released 6 albums. Eubanks is also an in-demand sideman and he’s appeared on over 100 albums.

In 1992, Eubanks joined the Tonight Show band which was under the direction of Branford Marsalis at the time. By 1995, moved up to direct the band and stayed there until 2010. Jay Leno was the Tonight Show host during that run.

Join Geoff Anderson for the Vinyl Vault on Tuesday, July 28 at 8:30pm, only on KUVO Jazz.