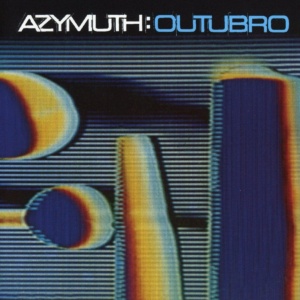 This week the Vinyl Vault goes to Brazil for a 1980 album from the band Azymuth by the name of “Outurbro” (October). The album was released on the venerable jazz label Milestone. Azymuth fused many styles of music including jazz, samba, funk, bosa nova, psychedelic electronica and a little rock ‘n roll. That combination has been described as infectious (pre-COVID) and irresistibly danceable. The band describes their sound as “samba doido” which means “crazy samba.”

The band was a trio consisting of Jose Roberto Bertrami on keyboards, Alex Malheiros on bass and Ivan Conti on drums. In addition, each musician played a wide array of percussion instruments.

The material is a combination of original compositions mixed with covers such as Chick Corea’s “500 Miles High” and the title tune which was written by Milton Nascimento.

The group dates back to 1969 when it was formed in Rio de Janeiro. The band paid its dues during it first decade due to the popularity of Brazilian vocal pop that overwhelmed the masses. Yet Azymuth persevered and continued to perform their unique combination of jazz and samba instrumentals. Eventually, Bertrami wrote a few tunes for Airto Moreria and through that connection, the band went on tour with Flora Purim in 1978. Shortly after that, the band signed its first recording contract and “Outrbro” turned out to be the band’s second album for Milestone. The band eventually recorded 10 albums for Milestone and has released nearly 30 overall, the most recent being 2016’s “Fenix.”

Tune into the Vinyl Vault Tuesday, July 14 at 8:30pm when Geoff Anderson presents “Outurbro” by Azymuth, only on KUVO JAZZ.