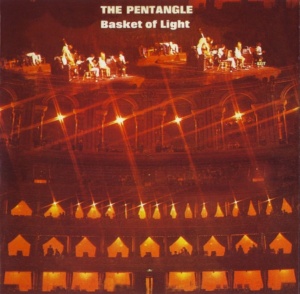 The Vinyl Vault travels to jolly ol’ England for music from the band Pentangle. The first and most popular incarnation of the band was active from the mid-1960s to the early 1970s. Pentangle is often described as a folk-jazz band, but naming only two influences falls far short of the full list of ingredients comprising the heady stew of the band’s musical milieu.

The folk influence came not only from the British folk scene of the day but also reached back centuries to include old English folk songs; a source also strongly influencing American Bluegrass music. Rock and blues also wind their way through Pentangle’s music along with references to Baroque tradition.

The broad range of styles mashed up in Pentangle’s music was mainly the result of the diverse interests of the band members. As the name implies, Pentangle was composed of five members. Lead singer Jacqui McShee got her start singing in British folk clubs in the 60s. The band’s two fine guitarists had already established themselves on the folk scene, but their interests expanded beyond that idiom. Bert Jansch and John Renbourn had recorded separately and together prior to forming Pentangle. Renbourn, in particular, enjoyed digging up ancient British folk music and often blended it with a Baroque sound. The rhythm section was steeped in jazz. Bassist Danny Thompson and drummer Terry Cox had worked in jazz and blues bands prior to joining Pentangle and they were responsible for laying down a firm jazz foundation on many Pentangle tunes. That jazz underpinning coupled with the virtuosic guitar interplay topped by McShee’s cool, clear vocals gave this band a sound like no other. 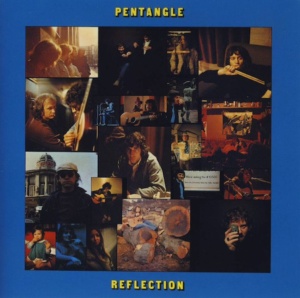 We’ll hear tracks from two Pentangle albums, “Basket of Light” from 1969 and “Reflection” from 1971, both released in the US on the Reprise label. The albums feature band originals mixed with covers of traditional songs. “Basket of Light” was the band’s most popular album, reaching #5 on the British charts, but having a much more modest impact in the United States. Although “Reflection” failed to sell as well, it nonetheless displayed the unique Pentangle sound and all the myriad influences the band so deftly combined.

If you’re not familiar with Pentangle, you’ll have your chance this Tuesday, March 16, at 8:30 pm as the Vinyl Vault features these two albums. If you do know Pentangle, you’ll know where you want to be: KUVO JAZZ.