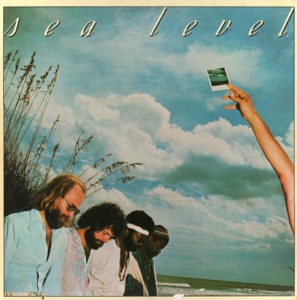 The Vinyl Vault features the first album from the band Sea Level, an offshoot from the Allman Brothers Band. The album was released in 1977 on Capricorn Records and featured Allman Brothers members Jai Johnny Johnson on drums, Lamar Williams on bass and the band’s namesake, keyboardist and vocalist Chuck Leavell. They were joined by Jimmy Nalls on guitar. The album has a tinge of southern rock, but a jazz and blues influence flows through the album in greater prominence.