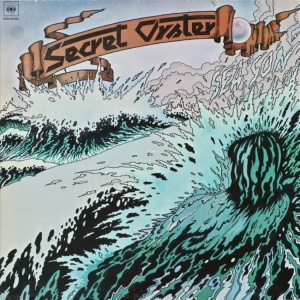 Jazz, rock, and jazz-rock fusion are all rooted in the United States. But that doesn’t mean musicians from other countries can’t get in on the fun. The Vinyl Vault looks to Denmark for some mid-70s fusion from the band Secret Oyster. “Sea Son” released in 1974, was the band’s second album, although the members were all veterans of other European progressive/fusion bands.

Parts of the album feature some fairly intense playing and the band has been compared to the Mahavishnu Orchestra and, to some extent, to the British band Soft Machine. It’s not all fire and brimstone on “Sea Son,” however, many passages create a melodic and reflective mood. And, for a truly varied program, the band even slips in a little funk. The progressive rock element sneaks in with the band’s use of unusual time signatures and touch of classical influence. Overall, this is an adventurous outing by musicians who had honed their craft well.

Check out Secret Oyster on Tuesday, June 8,  at 8:30 pm with host Geoff Anderson. Only on KUVO JAZZ.