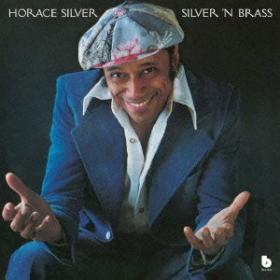 This Tuesday on the Vinyl Vault we’ll pay tribute to the late Horace Silver with a few cuts from his 1975 Blue Note album “Silver ‘N Brass.” The album consists of six original Silver compositions and features a nine piece horn section. Players include Tom Harrell on trumpet, Bob Berg on tenor, Oscar Brashear on trumpet, Ron Carter and Bob Cranshaw on bass and Al Foster and Bernard Purdie on drums among many more.

The album has only been released on compact disc in Japan and not until December 2012. The LP version has been residing in the Vinyl Vault for many years and, just a week after Silver’s death, it seems the appropriate time to give it a spin. The Vinyl Vault, Tuesdays at 8:30 p.m. on KUVO, 89.3 FM and kuvo.org. Vinyl Vault is part of the program The NIght Beat with Geoff Anderson on Tuesdays. Tune in, listen live online or with our mobile app.
Copyright 2019 KUVO . To see more, visit KUVO .