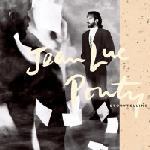 This week the Vinyl Vault will feature a 1989 album from Jean Luc Ponty titled “Storytelling.” After a string of successful albums on the Atlantic label in which Ponty explored jazz fusion and beyond, he switched to the Columbia record label and this album was his second for that imprint.

Ponty began his career playing classical music, but switched to jazz before long. He initially played straight ahead, bebop oriented jazz, but he then associated with Frank Zappa and shortly after that with John McLaughlin’s Mahavishnu Orchestra. From then on  he has been primarily a fusion player with occasional stops over the years in African music and acoustic ensembles with musicians like Stanley Clarke, Bela Fleck and Al DiMeola. “Storytelling” features some of Ponty’s best fusion playing with a crack band and guest appearances by Grover Washington, Jr. and Patrice Rushen. Check out the Vinyl Vault, 8:30 p.m. on  Tuesdays during The NIght Beat from 8-10 p.m. on Jazz 89 KUVO/KVJZ, kuvo.org.