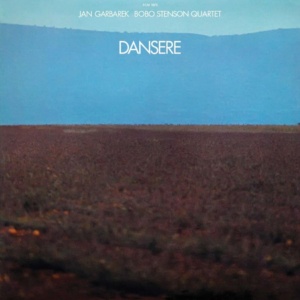 The Vinyl Vault brings you “Norwegian Jazz.” The Jan Garbarek Bobo Stenson Quartet was actually split 50-50 between Norwegians and Swedes, but the album was recorded in Oslo in 1975 and Norwegian Garbarek wrote all the songs, so the tie goes to Norway.

The album “Dansere” (meaning Dancers in Norwegian), released on ECM Records, was the second album by this group that featured Garbarek on saxophones, Stenson on piano, Palle Danielsson on bass, and Jon Christensen on drums.

Garbarek was a mainstay of early ECM releases, appearing in many different contexts. His distinctive edgy tone makes him immediately recognizable. He has worked with many of the stalwarts of the ECM label such as Keith Jarrett, Ralph Towner, and Eberhard Weber. Stenson, from Sweden, likewise has an extensive resume playing with many jazz greats including Gary Burton, Charles Lloyd, and Tomas Stanko. Danielsson, also from Sweden has traveled in many of the same circles and also played with Keith Jarrett, Tomas Stanko, and others including Bill Evans and Kenny Wheeler among many more. Christensen, the other Norwegian in the group, had a distinctive style, especially his work with his cymbals, that gave many ECM albums a recognizable feel. Christensen passed away just over a year ago, on February 18, 2020, at the age of 76.

An early ECM release, the album falls in line with many of that label’s albums of the era with an ethereal, atmospheric feel. The players often set off on expeditions of their own, rejoining one another for haunting melodies and occasionally a little swing.

Join Geoff Anderson on the Vinyl Vault for one of its periodic forays into the ECM sound, this Tuesday, March 23, at 8:30 pm. Only on KUVO JAZZ.