Vinyl Vault: “We Keep On” by Embryo 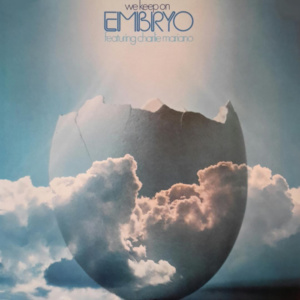 This week’s Vinyl Vault explores the early fusion of the German band Embryo and their album recorded in 1972, “We Keep On.” The Germans were joined by American jazz reed man Charlie Mariano. The music was heavily influenced by Miles Davis, particularly “Jack Johnson.” Another significant influence on this record is rhythms from North Africa. While the Germans in Embryo were coming from a jazz-influenced progressive rock school, Mariano had cut his teeth with the likes of Stan Kenton and Charles Mingus. But Mariano was also an early enthusiast of World Music and often played the nadaswaram (including on this album), an oboe-like instrument from south India. All in all, it’s a heady brew and you’ll hear it only on the Vinyl Vault at 8:30pm Tuesday, October 8 with host Geoff Anderson on KUVO Jazz.

Vinyl Vault: Asleep at the Wheel