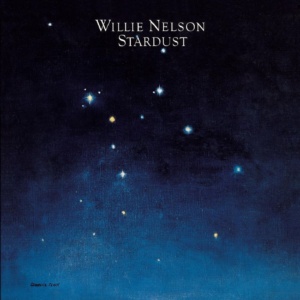 Usually, by mid-January, the Stock Show is in full swing in Denver. This year, however, it’s yet another pandemic casualty. But that won’t stop the Vinyl Vault from putting a touch of twang into Tuesday night. The Vault features Willie Nelson’s “Stardust.” A real genre buster when it was released in 1978, the album turned out to be immensely popular, hitting Number One on the Billboard Country chart and ranking number 260 on Rolling Stone’s 500 greatest albums of all time. It eventually sold enough copies to qualify as quintuple platinum.

That album nearly exploded the heads of the Columbia record company suits when it was in production because Nelson at the time was one of the leaders of the Outlaw Country movement and here he was singing mostly jazz standards! But it obviously worked.

The album was produced by Booker T. Jones who is also featured on organ and piano. The album features such jazz classics as “Blue Skies,” “Georgia on My Mind,” “All of Me,” “On the Sunny Side of the Street,” “Don’t Get Around Much Anymore,” and “Someone to Watch Over Me” among others.

The album was not to be Nelson’s only foray into jazz. In fact, he’s gone on to record a number of other albums featuring jazz tunes and he’s worked with Wynton Marsalis and his Jazz From Lincoln Center organization.

So even though the Stock Show’s not in town, you can still get just a little taste of the country with host Geoff Anderson on the Vinyl Vault, this Tuesday, January 12, at 8:30 pm on KUVO JAZZ.