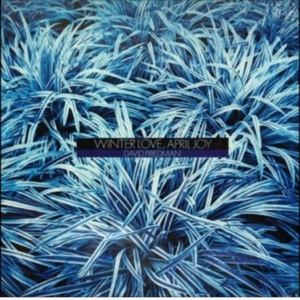 Last week we some technical difficulties and Vinyl Vault did not air, we hope you’ll enjoy it this Tuesday, December 1 at 8:30 pm.

This week’s feature is a relaxed album by mallet master David Friedman entitled “Winter Love, April Joy.” Recorded in 1975, it was released in 1978 on the Inner City record label.

Friedman played both vibes and marimba on the album. He was joined by Dave Samuels who also played vibes and marimba. In fact, this album was a precursor to what turned out to be a decades-long collaboration between Friedman and Samuels. Shortly after this record was recorded, those two formed the band Double Image which went on to record six albums not including “Winter Love, April Joy.”

Several tracks on the album featured Harvie Swartz (now known as “Harvie S”) on bass. Swartz continued with Friedman and Samuels and played on some of the early Double Image albums. Also joining the mallet men on this album was Hubert Laws on flute and piccolo.

At the time “Winter Love, April Joy” was recorded, the concept of a dual mallet band was unknown. Friedman and Samuels truly broke new ground with their partnership. Typically, one man would play vibes and the other would play marimba. The result is a unique sound with the clarity of the vibes contrasting nicely with the earthy, throaty sound of the marimba. The additional of Swartz adds a slightly menacing brooding basement to the proceedings.

Dave Samuels played with a number of other groups over the years, most notably the Caribbean Jazz Project as well as Spyro Gyra. He passed away about a year and a half ago in April 2019 at the age of 70. David Friedman is still with us and he has well over a dozen albums under his own name and he’s played on many more as a sideman for artists as diverse as Hubert Laws, Yoko Ono and Beth Orten, among many others.

Join Geoff Anderson on the Vinyl Vault for some mallet madness, this Tuesday, November 24 at 8:30 pm on KUVO JAZZ.

Vinyl Vault—Return to Forever: "Hymn of the Seventh Galaxy"