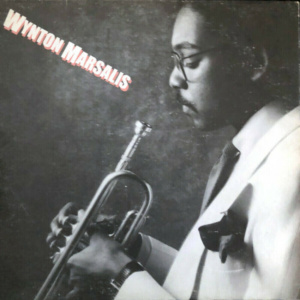 It was 1982, 40 years ago, that Wynton Marsalis released his first album. Marsalis was 19 years old at the time and now, 40 years later, it’s interesting to hear this debut release with the benefit of knowing all that came afterward. Simply entitled “Wynton Marsalis,” the album was released on the Columbia Records label.

At the time of its release, jazz was suffering one of its periodic bouts of existential angst, wondering whether it could or should go on, whether it was washed up, whether everything had already been done. Marsalis, launched by this first album, jolted the insecure art form and, along with the other young lions bursting on the scene at the time resuscitated and broadened the public’s interest in jazz.

The cuts on the album featured different bands and contexts for the young trumpeter. Several of the tracks featured his contemporaries including brother Branford as well as drummer Jeff Tain Watts and pianist Kenny Kirkland. Other tunes featured the band he had been touring Japan with at the time, namely Miles’ band: Herbie Hancock, Ron Carter, and Tony Williams. So, even in the beginning, Marsalis was merging the new with the established tradition.

The extensive liner notes by Stanley Crouch reveal a determined, opinioned young man bound to learn more about jazz and to insert his personality and talent into the jazz world. The liner notes end with a quote from Marsalis, “I want to get the public to understand the real significance and beauty of the music, not by watering it down but by getting to such a place in my art that it will be obvious to all who listen that I’m coming from a great tradition.”