“Watermelon Man” by Herbie Hancock (1940-present) was first released on Hancock’s debut album “Takin’ Off” in 1962 as hard bop, with improvisations by Hancock and Dexter Gordon. Shortly after that, while filling in for Chick Corea with Mongo Santamaría a discussion arose about the relationship between Afro-American and Afro-Cuban jazz. “Watermelon Man” was suggested as a possible crossover; Santamaría’s band joined in and pretty soon everyone was playing or dancing. Hancock reworked the tune with funk elements for his 1973 album “Head Hunters”. Recorded over 200 times, it is popular in ska bands such as Baba Brooks (1963 recording). Santamaría’s 1963 release of this as a Latin pop single went to #10 on the pop charts and was inducted into the Grammy Hall of Fame in 1998.

Herbie Hancock was a child prodigy, who performed a Mozart piano concerto with the Chicago Symphony Orchestra at age eleven. Having become interested in jazz when in high school, he double-majored in music and electrical engineering at Grinnell College. Hancock worked with Miles Davis in the 1970s, produced Wynton Marsalis’ first album in 1980 and won an Oscar in 1986 for the “Round Midnight” score, a film in which he also acted. He is a practitioner of Nichiren Buddhism, which guides his art and philosophies. He hosted the PBS program “Rock School” and Showtime’s “Coast to Coast”. He was designated an honorary UNESCO Goodwill Ambassador in 2011. Having won awards ever since a 1983 Grammy for Best R&B Instrumental Performance, he most recently received the 2014 Jazz Foundation of America Lifetime Achievement award. 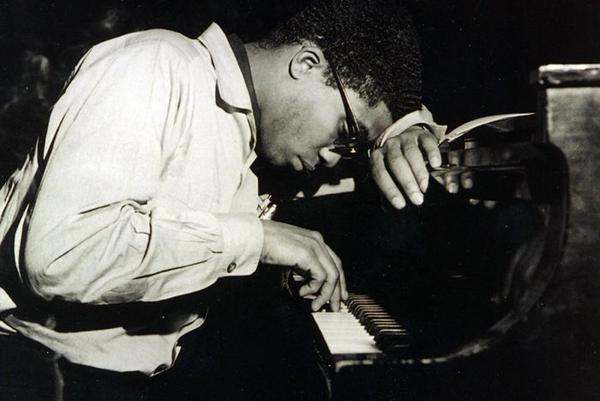