Life is so full, it has a way of filling in the gaps! Plus, I’ve been slowing way down, searching inside the notes, and to that end…

I’ve been playing a lot of flute, Indian bamboo Bansuri, and studying with a real master, Steve Gorn, who began study in India in 1969! He is actually a great jazz clarinet player – he has so much to share, I am learning a lot. I call this the REAL one note samba. I have also  been playing most Sundays with Kalyani and a small, careful group – dear friends and fine musicians, though not this week. (boulderkirtan.com)

Actually, I have a lot to say. About a lot of things, as I’ve had l time for thinking. And, I confess, obsessing about the news, yup – too much thinking! But I’ll try to stay focused for now. It would be lovely to “see” you, play for you and feel your support for music and musicians. We all do what we can! For many years I’ve said, “Survival is success.” Prophetic, huh?

Weeks pass with no dates. Then suddenly, 2 in a row! Musical oasis! So here’s a simple recipe:
1. Put next Friday and Saturday on your calendar. Share with friends all over the world (watch party!)
2. Check the calendar. Set an alarm, if you must. Tricky, I know. Believe me!
3. And then click on by, say HI, and drop us a little love on paypal or venmo. 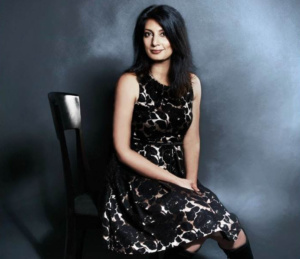 Rekha Ohal & Dexter Payne
Friday, January 22 @ 7:00 pm – 8:00 pm
100 Nights of Jazz, Denver
Lives stream from La Cour and Classic Pianos. Catch it at “100 Nights of Jazz“
Music, the savage beast and all that. Pop becomes jazz. Jazz becomes popular. Nothing is sacred here but the music – if it was Sunday, we would call it Song Church. Rekha sings like it should be done, and plays piano at the same time – not many can do that, and she takes it to a new level. Standards, pop, original songs. Dexter brings sax…more » 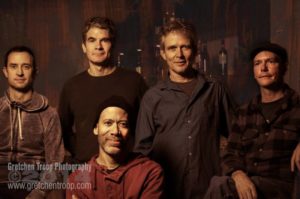 Dexter Payne Quintet Livestream
Saturday, January 23 @ 8:00 pm – 9:30 pm
Sponsored by Dazzle and Colorado Brazil Fest..more »
Dexter Payne Quintet (featuring: Dexter Payne-clarinet, Bill Kopper-guitar, Raoul Rossiter-drums and percussion, Dave Wiley-accordion, and Victor Mestas-piano) has nurtured and evolved a sound unparalleled in North America, confirmed by a four star review in DownBeat Magazine. In the studio, on a concert stage, festival or club, DPQ lightheartedly delivers serious musical quality without pretense or artifice. The musical chemistry is evidenced in their two disc, as it is in performance. The ensemble has broad appeal – to normal humans, appreciators of good vibes and high energy, but also to serious listeners. Devotees of Brazilian musical tradition cannot resist the temptation to get up and dance. The Quintet plays Brazilian choro jazz, a tradition with roots in the 19th century, which inspired and influenced the birth of samba and bossa nova. Still very much alive in Brasil today, choro has a creative and evolving northern outpost in DPQ.

“Incidentally – please know I am teaching online. And (last I looked) I have lots of great CDs for sale over at DEXTER PAYNE including a fresh new batch of “Another Feeling”, my fav of 4 or more with Thiago de Mello. I know “What’s a CD?” Downloads, too!”