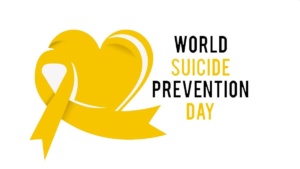 (DENVER) – The Denver Department of Public Health & Environment (DDPHE) is calling your attention to the prevalence of suicide in the city and county of Denver. DDPHE recognizes World Suicide Prevention Day on Tuesday, Sept. 10, to heighten awareness and prevent suicide in our community.

Often, family and friends are the first to recognize the warning signs of suicide and can take the first step toward helping someone at-risk. Remember, suicide is preventable! If someone tells you they are thinking about ending their life, don’t leave them alone. Tell a trusted friend or family member, or if you’re a student, talk to an adult with whom you’re comfortable. You can also call Colorado Crisis Services at 1-844-493-8255 or text: “TALK” to 38255.

DDPHE is committed to making it easier to access help and remove the stigma of mental illness. Please join us in this effort by being aware of the warning signs and risk factors, and taking action if you’re concerned about someone.

According to the Colorado Department of Public Health & Environment (CDPHE), suicide is the second-leading cause of death among 10- to 20-year-olds in Denver and the state. This is based on the latest numbers from the CDPHE in 2017. Suicide leaves an untold number of loved ones to deal with the painful aftermath. The City of Denver employee Rick Padilla is one of them. His 15-year-old son, Jack, died by suicide in February.

Now, Padilla has made it his life’s mission to reduce suicide deaths by sharing his devastating experience with the community.

Padilla has recently taken on the role of Suicide Prevention Administrator for DDPHE.

He is also working on nine Public Service Announcements (PSA’s) in which 40 teenagers discuss suicide prevention.

He will host the first, of many, community listening sessions on suicide awareness and prevention on Sept. 30.

And he helped pass a new law this year allowing children as young as 12 to see a psychologist or mental health expert without parental permission.

DDPHE asks you to join us in this fight by understanding the warning signs and risk factors of suicide so we can provide help to those who need it.

Padilla says he wishes he would have understood then that seeing a string of these warning signs and risk factors is the biggest red flag for any parent. He says what parents see as typical adolescent behavior may not be if they know the risk factors. Padilla said his son was clinically depressed and had begun exhibiting many of the warning signs. He and his wife later learned Jack had been bullied by fellow students.

If you or someone you know has warning signs or symptoms of suicide, especially if there is a change in behavior, get help as soon as possible.

It’s too late for Padilla and his family. But not for others. It’s now Padilla’s fight to protect those at-risk—to help them realize that it does get better—and guide their loved ones on how to help.

Get "Back in the Saddle" for Bike to Work Day!