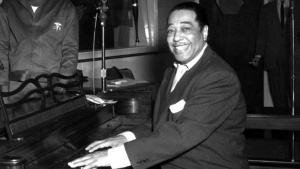 1. His parents were pianists – Born in 1899, the legendary pianist actually grew up in a family of two experienced piano players – his parents James Edward Ellington and Daisy Ellington. Duke’s mother, Daisy, performed popular middle-class music of the era, known as parlor music, back in the late 19th century. His father, on the other hand, performed operatic arias. 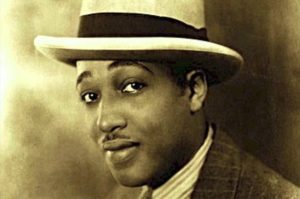 2. How he got the nickname – Duke’s real name was Edward Kennedy Ellington, but the famous nickname came from his fine manners, often giving out the impression of a nobleman. The story goes that it was his mother who taught him about being respectful by surrounding him with kind and dignified women. It was his childhood friends that began calling him “Duke.”

3. He had another nickname besides ‘Duke’ – However, his eating habits got him a bit less of a flattering nickname. Although paying attention to his appearance, Ellington had his eating spree moments where he just couldn’t stop his insatiable appetite. So his sidemen began calling him “Dumpy.” But even when he had those periods of gained weight, he knew how to dress the right way and look good.

4. He used to sell peanuts at baseball games before he became famous – Back in his youth, Duke was really into baseball. Actually, he had more interest in this sport than piano back when he was in high school. But talking about baseball, he got his first job ever selling peanuts at Washington Senators games.

5. He always looked for ways to keep his music fresh and unique – One of the things that make one musician so great is their ability to innovate and remain unique, eventually building their signature style. For the Duke, this was of great importance. First with his piano playing – going into the famous stride style, and the inclusion of many unconventional elements, such as dissonant chords.

At the same time, as a bandleader, Duke Ellington went through many different eras of jazz, from the 20s and all the way to the 1970s. But no matter the era, his jazz band always remained at the very top of the scene, bringing fresh and innovative music to the lovers of the genre. 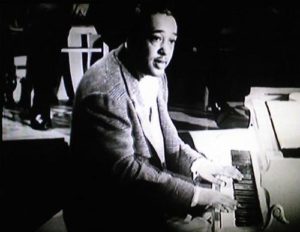 6. For his 70th birthday, Duke performed at the White House. Richard Nixon was the host of the event – And what a better way to celebrate your birthday than to be invited into the White House? The celebration took place on April 29, 1969, during Richard Nixon administration. Well, probably not the most popular president, but still a great honor for a jazz musician.

Another interesting fact is that Duke wasn’t the first of his family to get into the White House. His father James Edward Ellington used to work there as a butler for some time in the 1920s during the Warren G. Harding administration.

7. Duke Ellington never made an official recording of his first song – Although his discography is huge, Ellington never officially recorded and released the first song he wrote. The tune in question is called “Soda Fountain Rag” and was written in 1914 when he was just a teenager. He was inspired to write such a piece while working in Poodle Dog Café.

The song was, however, performed on some occasions and there is footage of him playing the “Soda Fountain Rag.” 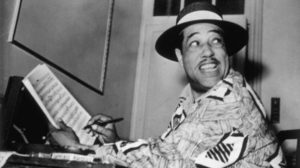 8. New York City mayor Michael Bloomberg declared Duke Ellington Day on April 29, 2009 – The Duke Ellington Day, which we celebrate today, was established on the date of his birthday in 2009. It was declared by New York City mayor Michael Bloomberg on what would be the musician’s 110th birthday. Although it took almost 35 years after Ellington’s death to establish such a holiday, it’s still great that we have a day to honor him.

9. He was a Freemason – It’s not that much of a surprise for a musician and an artist of such caliber to be a member of a Masonic lodge. More precisely, it was the Prince Hall Freemasonry, the North American branch established by Prince Hall back in the 18th century. This was not something he really talked about, but it was mentioned in his biography book.

10. There is a high school in Washington D.C. bearing his name that’s dedicated to arts education – Duke Ellington School of the Arts was established in 1974, the year when Ellington passed away. As the name would suggest, this Washington D.C. school is dedicated to arts education. The building was originally built in the late 19th century and it used to be called Western High School, prior to 1974. It is also listed on the National Register of Historic Places