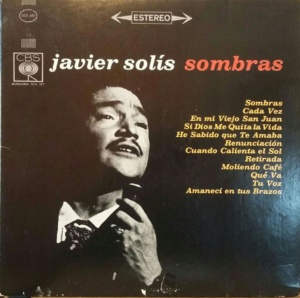 Canción Mexicana continues the series: “Nuestras Tradiciones Culturales” during La Epoca Dorada featuring the music Javier Solis, a celebrated Mexican singer of boleros and rancheras. He was also a movie actor, with numerous film credits to his name.

Solis was called “El Rey de Boleros,” “La Voz de Terciopelo,” and “Señor de Sombras.” He began singing under the name of Javier Luquin, and competed in several musical competitions; he was eventually banned from these competitions, because he always won.

He recorded his first album in 1950 and quickly got the reputation for being a singer of ballads. His popular hits include “En Mi Viejo San Juan,” “Amaneci En Tus Brazos,” and “Payaso.”

Solís experienced a surge of popularity, because he was considered the last of the trio call “Three Mexican Roosters” or “Los Trés Gallos Mexicanos,” who along with Pedro Infante and Jorge Negrete had been the idols of Mexican music and cinema. Between 1961 and 1966 (the year of his death), he had 12 No. 1 hits on the Mexican charts. 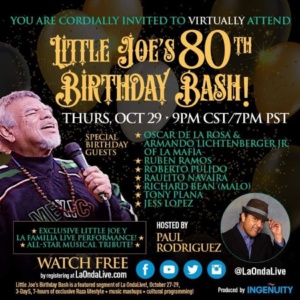 Tune in on Sunday, October 18, starting at 9 am, when host Yolanda Ortega will play Solis’ music for the first hour and then Solis’ music interpreted by contemporary musicians from Texas, New Mexico and Colorado during the last hours of the program. Plus, some great music from Little Joe!