She graduated from the Lamont School of Music at the University of Denver in 2016 with a Bachelor’s degree in Jazz Studies & Commercial Music and recently received a Master’s degree in Jazz Composition also from Lamont in 2020. 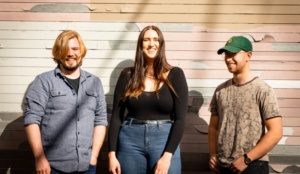 Camilla plays in several different groups, including The Sharp Five – a five-part vocal jazz group working with the Colorado Conservatory for the Jazz Arts (CCJA), The Camilla Vaitaitis Big Band, and her independent rock band Specific Ocean with Alec Wenzel (guitar) and Clay Vye (drums). Her studio experiences include work as a sideman and background vocalist as well as recording in bands with genres ranging from jazz and funk to rock and pop.

Some of her time is dedicated to composing and arranging pieces for a variety of groups, including vocal jazz ensembles and big bands. She has had the honor of playing piano for members of the Kennedy Center for the Performing Arts and Prince Harry. 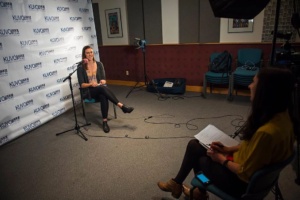 In 2015, Camilla was selected to be part of KUVO’s “30 Under 30” program. 30 musicians under the age of 30 were profiled and interviewed by Natasha Pepperl.

In addition to actively performing around Denver, Camilla currently works on staff with CCJA and teaches piano, voice, and guitar.