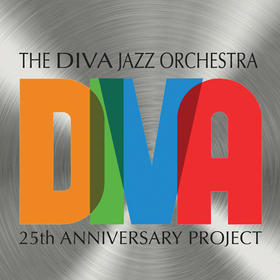 Although not well known to the casual jazz fan, females have been an important part of jazz history going all the way back to the 19-teens. During the “Jazz Age” of the 1920s several ladies became popular and influential performers while several all-female ensembles and big band began forming. With the absence of men during WW2, women orchestras played a significant role keeping jazz alive. The legendary International Sweethearts of Rhythm became the first integrated big band. Sadly, to this day despite improvements, the ladies of jazz still face many obstacles and struggles to stand on equal footing with their male counterparts.

In 1992, the former manager and sub for drummer Buddy Rich, Stanley Kay was conducting a big band that included fellow drummer Sherrie Maricle, he was in awe of her mastery on the drums. After the performance Mr. Kay wondered if there were other women on the skills level of Sherrie. With the assistance of Ms. Maricle, a nationwide search was conducted and a year later the Diva Jazz Orchestra was born! Beginning in 1993 and continuing to this day, Diva has played in the most prestigious of venues around the globe exciting audiences and recording 7 albums. A few of the leading graduates of the Diva Jazz Orchestra include, Clare Daly, Virginia Mayhew and Ingrid Jensen. Drummer and director Sherrie Maricle also leads another all girl group, Five Play Quintet.

To commemorate their silver anniversary, 25 swingin’ years, the Diva Jazz Orchestra has released their 25th Anniversary Project  on the Artist Share label. It features 10 quality original songs composed 9 different group members as Sherrie chimes in with 2 selections. Nine of the entries are swingin’ numbers and one, Forever In My Heart is a very moving ballad. All the members of the band played with their heart and soul, giving that extra shine to the music because they all knew the importance of this historical recording. This is a formidable session from start to finish, one that you will surely be play often. ¡Que Viva Diva Jazz Orchestra! Twenty-Five More Years! 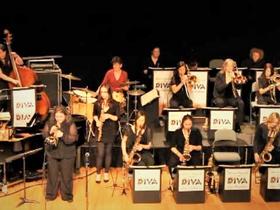