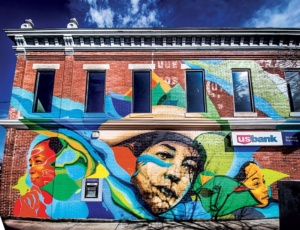 Justina Ford’s 150th birthday and her contribution to the health of the state will be celebrated with a livestream tribute. This is an opportunity for everyone to come together to honor our great lady.

Ford was the first licensed female African American doctor in Colorado however because of her race and gender, she was denied access to practice medicine at local hospitals. Instead, her home in Five Points, once the main district for Denver’s African American and immigrant communities, served as her medical office from 1911-1952.

Many of Dr. Ford’s Black and Hispanic patients faced similar discrimination at city hospitals due to race and economic class.Dr. Ford often accepted services and food items in lieu of payment. When she did a house call to a home that was lacking in food or heat, she often sent a basket of groceries or coal following her visit. She is best known for her obstetrics and pediatric work, and many patients knew her as the “Baby Doctor”.

The two-hour event showcases not only birthday greetings and interviews from her remaining patients and community organizations, but also a range of performances such as a reenactment of Dr Ford’s only known interview and the first ever public display of the handwritten letter to the Colorado Medical Society that documents her delivery of 7,000 babies in her 50 year career.

Join online on Friday, January 22, at 12 to 2 pm at Black American West Museum & Heritage Center or on TV at Denver Community Media Comcast Channel 56, 57, 881 HD. The broadcast takes place at the oldest African American house of worship in the Rocky Mountain West, Zion Baptist Church, where Ford was once ‘First Lady.’

In addition to the celebration, her date of birth is now officially known as ’Dr Justina Ford Day’, following the issuance of a mayoral proclamation that recognizes her medical care to the Denver community.

About Dr. Justina Lorena Warren Ford Allen:
Dr. Ford, 1/22/1871 – 10/14/1952, was granted her medical license in 1902, but denied  membership to the Colorado Medical Society and Denver Medical Society.  The membership was required to work in the hospitals, so she set up practice in her home on 2335 Arapahoe Street in 1911. After she wrote another letter to the Society in the fall of 1949, outlining her credentials, she was granted her membership in January 1950.  She practiced from October 1902 through October 1952. The house was scheduled to be demolished in 1983. However, City Council member Hiawatha Davis, and BAWM Curator Paul Stewart filed an injunction to stop the demolition. The house was moved in March 1984 from 2335 Arapahoe Street, to 3091 California Street.  After 4 years of restoration the BAWM was relocated from the basement of KDKO radio at 26th and Welton Street, to Dr. Ford’s former home.

Dr. Ford lived and worked in the Five Points neighborhood for decades, providing vital medical services across a diverse community. Max Sansing’s new mural at 2701 Welton St. that honors Dr. Ford was the site of a Feb. 21, 2020 dedication. See more info on Denverite.