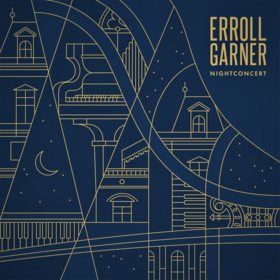 One of the most unique and loved pianists of all time was Erroll Garner who like so many other legendary jazz musicians was a native son of Pittsburgh. Born into a musical family Erroll followed the lead of his older brother Linton and began playing piano while still an adolescent. He grew up idolizing another great Pittsburgh pianist, Earl “Fatha” Hines. Erroll developed complete independence of his hands allowing him to sound orchestral in his playing. Mr. Garner was gifted with an amazing memory which allowed him to overcome his inability to read or write music. Erroll’s composition Misty is one the jazz canon’s all time greatest standards ranked at #56 on the list of best standards. Erroll wrote Misty in 1954 as an instrumental and in 1955 Johnny Burke wrote the lyrics for Johnny Mathis who immortalized the song worldwide, there are over 1,000 known recorded versions known in a variety of music genres-both instrumental and vocal. Garner was a huge success in the concert scene around the world selling out wherever he appeared, his fans loved his improvisations never knowing what he would play next or how he would play them. His accompanists never knew either because Errol never had a set list, nor would he call his songs, he would just begin playing them and his sidemen just followed along.

If I was able to board a time ship, I would opt to return to November 7th, 1964, Amsterdam, Holland-The Netherlands to attend Errol Garner Trio’s show at the Royal Concertgebouw that took place at midnight! All Erroll’s performances were excellent but on this late, late show he was magical, perhaps inspired by the audience’s enthusiasm Garner put on a show that ranks with his famous million selling Concert by the Sea album of 1955. On this special occasion Errol was accompanied by Eddie Calhoun-bass and Kelly Martin-drums. Of the CDs 16 selections, most are standards of the Great American Song Book with three originals by Garner including one written for this concert: That Amsterdam Swing. The CD has a booklet with over 18 pages of fabulous info, photos and songs descriptions by the formidable up ‘n coming piano prodigy, Christian Sands who cites Erroll as one of his influences. Rum among other adult beverages improve with age with is why they are stored away before being released to the public, Errol Garner’s Nightconcert released on Octave Music, a subsidiary of Mack Avenue Records is like that aged sipping rum released after over 50 years of aging, one sip or should I say listen and you’ll be captivated with its robust, silky smooth sound right down to the final note! 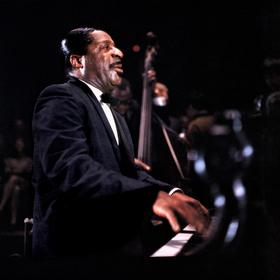