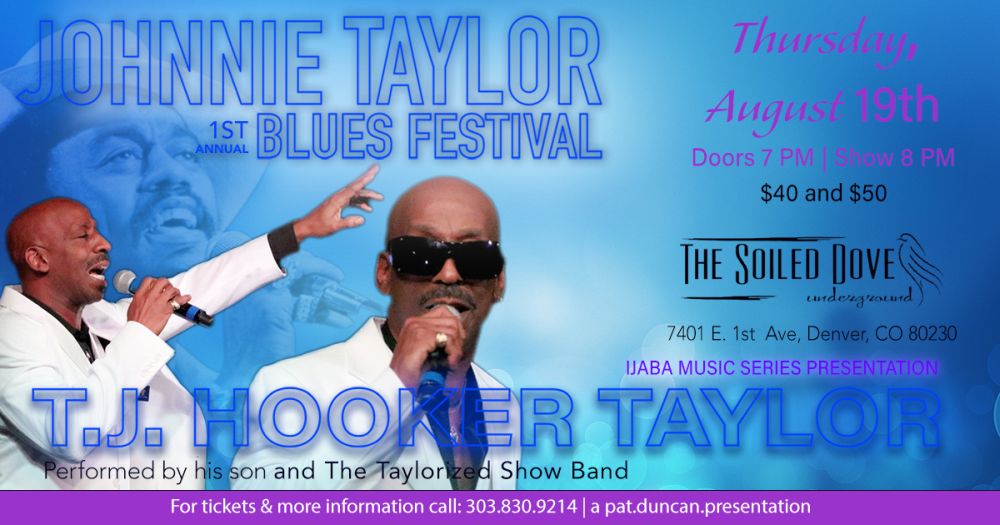 T J Hooker Taylor comes from a musical family. His mother Mary Ann Hooker, and his father the late Great Johnnie Taylor, raised him in the church. At the age of ten, T J and his family joined their first group, The Young Golden Voices. The group performed at all the churches in the Kanas City area. He was sixteen years old; when he went out on his own and started singing with The Grand Jury Band.  This band opened for many top acts that came to the city like The Bar-Kays, Cameo, and many more. Some of the members of that band went on to become the Low-Key, who signed with top R&B producers Jimmy Jam and Terry Lewis.

At the age of 21, TJ’s young voice started to change. “I could hear that (Taylor Sound) I never tried to sound like my dad. I did not even like the blues. On TJ’s 25th birthday I was given the chance to open for my dad and get paid” says Hooker-Taylor. That is when the blues hit me.