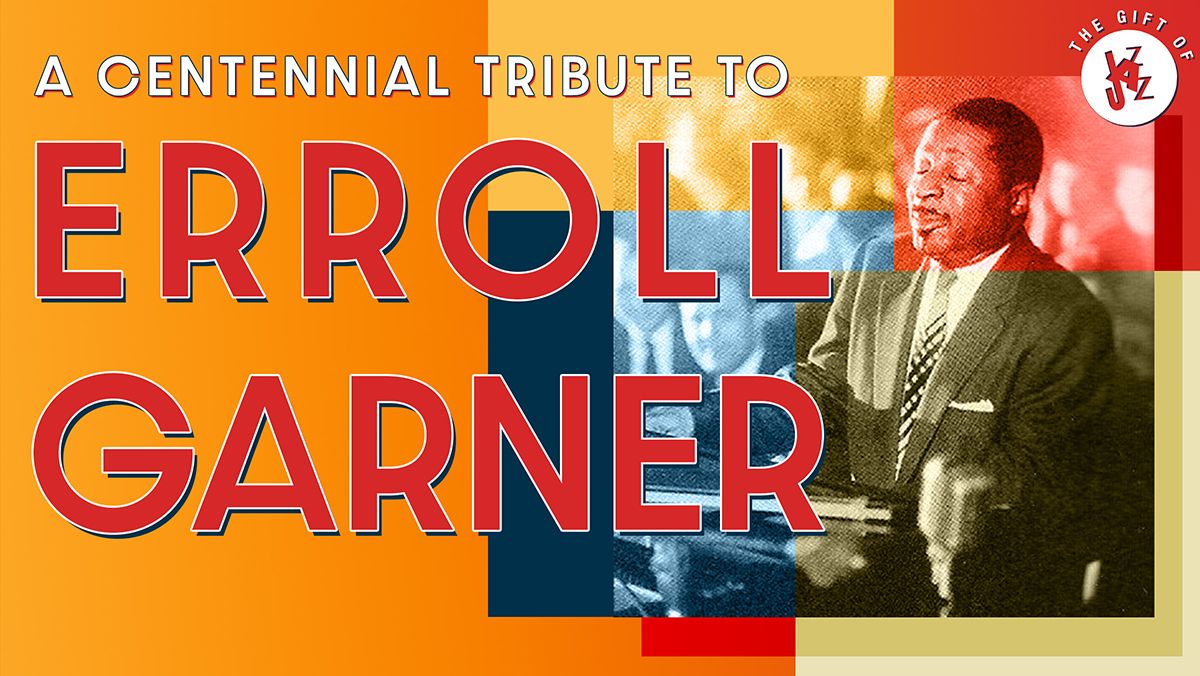 The Gift of Jazz returns to live in-person concerts with A Centennial Tribute to Erroll Garner.

Erroll Garner was and remains one of the most popular jazz pianists of all time. Not only have his compositions (such as “Misty”) stood the test of time, but his style was also uniquely unmatched, as was the joy he exuded in performance. Erroll was born in Pittsburgh in 1921 and was playing the piano by ear by the age of three. By seven, he was already playing professionally on riverboats and in no time he would be playing nightclubs and then concert halls.

During the height of his career in the 50s and 60s, Garner was the most filmed jazz musician in the country; appearing on TV with Ed Sullivan, Johnny Carson, Dick Cavett and many more. Erroll’s legacy is still felt today through reissues that have been digitally remastered and a podcast series hosted by UCLA professor Robin D. G. Kelley.
Click here to check out this podcast for yourself!

A Centennial Tribute to Erroll Garner