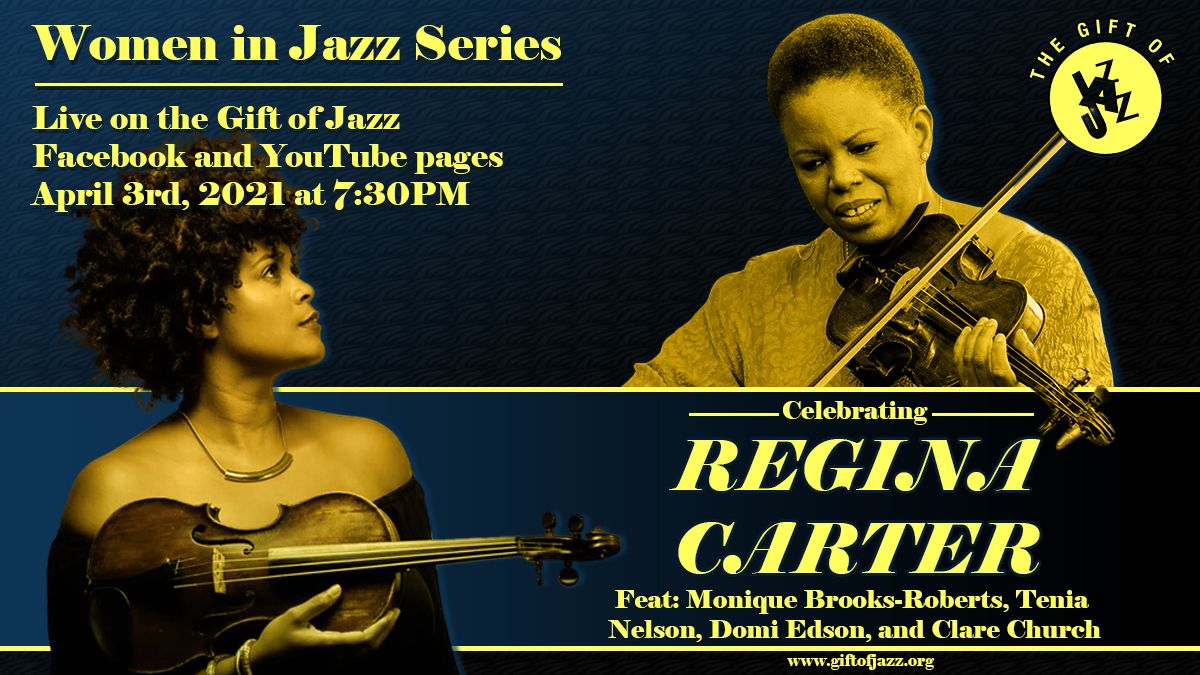 Regina Carter’s virtuosic playing exudes passionate expression and the breadth of her style is boundless. She is comfortable in jazz, R&B, Latin, classical, blues, country, pop, African and more. A native of Detroit she picked up the violin at the age of 4 and studied the Suzuki method. She released her debut solo album Regina Carter in 1995 on Atlantic Records. Over the next decade, she released five more records on Verve, ending with I’ll Be Seeing You: A Sentimental Journey; a tribute to her late mother. She has performed with countless phenomenal artists such as Arturo O’Farrill, Ray Brown, Billy Joel, Eddie Palmieri and Dolly Parton. Additionally, Regina has performed with numerous symphonies across the globe such as the Detroit Symphony Orchestra, the Orquestra Sinfônica do Estado de São Paulo, and the Chicago Sinfonietta. She was named artistic director of the New Jersey Performing Arts All-Female Jazz Residency in 2018. Regina Carter continues to share her music as a professor at the Manhattan School of Music.

Monique Brooks-Roberts is a violinist from Louisville, Kentucky. In 2005 she graduated from Eastern Kentucky University aflter studying with Dr. Eun Hwan Bai and Jeremy Mulholland. Influenced heavily by 90’s R&B, Monique’s music is filled with soul and expression beyond words. She makes music from a deep place of necessity and believes music is fundamental to nourishing the soul. Monique has dedicated her life to music having spent over 29 years honing her craft on the violin. The caliber of her playing is recognized by all whole hear her. She has shared the stage with notable artists such as Dianna Ross, Lizzo, Alicia Keys, Common, Aretha Franklin, Jill Scott, Mos Def, Aretha Franklin, J. Cole.

A Gift of Jazz Tribute to Regina Carter