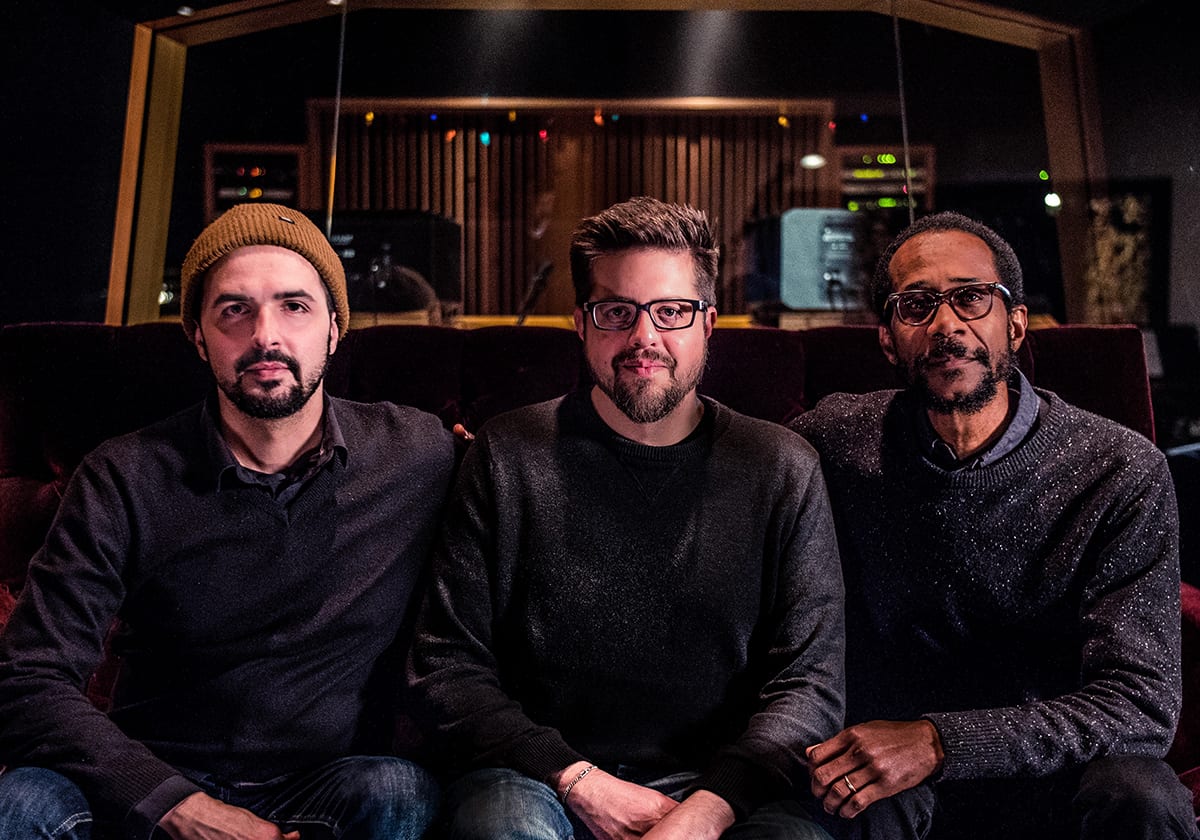 When these virtuoso players meet on the bandstand, the result is sheer magic. Join revered French guitarist Romain Pilon, powerhouse drummer Brian Blade, and internationally acclaimed bassist, vocalist, and composer Jeff Denson as they celebrate their Ridgeway Records album Between Two Worlds. The recording features originals by Denson and Pilon, who met two decades ago as students at Boston’s Berklee College of Music. After graduation they pursued their own careers, but reunited occasionally to reclaim their musical camaraderie. When Denson played with Blade on a 2017 tour with Joel Harrison’s Spirit House, they clicked. “We deeply connected right away, from the first notes in the sound check,” says Denson. “It felt like kindred spirits, rhythmically; a whole other language was taking place behind the soloists, and it was totally enthralling.” Denson thought of Pilon as an ideal third partner. “He’s a virtuoso player but very sensitive and very musical, the same words I would use to describe Brian.” Denson extended an invitation to Pilon and Blade, who enthusiastically accepted. The result is one of the most captivating new groups in jazz, a trio of players with unmistakable chops, unquestionable creativity, and probing sensitivity.

“Brian Blade is one of the finest drummers of his generation.” – Steve Greenlee, JazzTimes