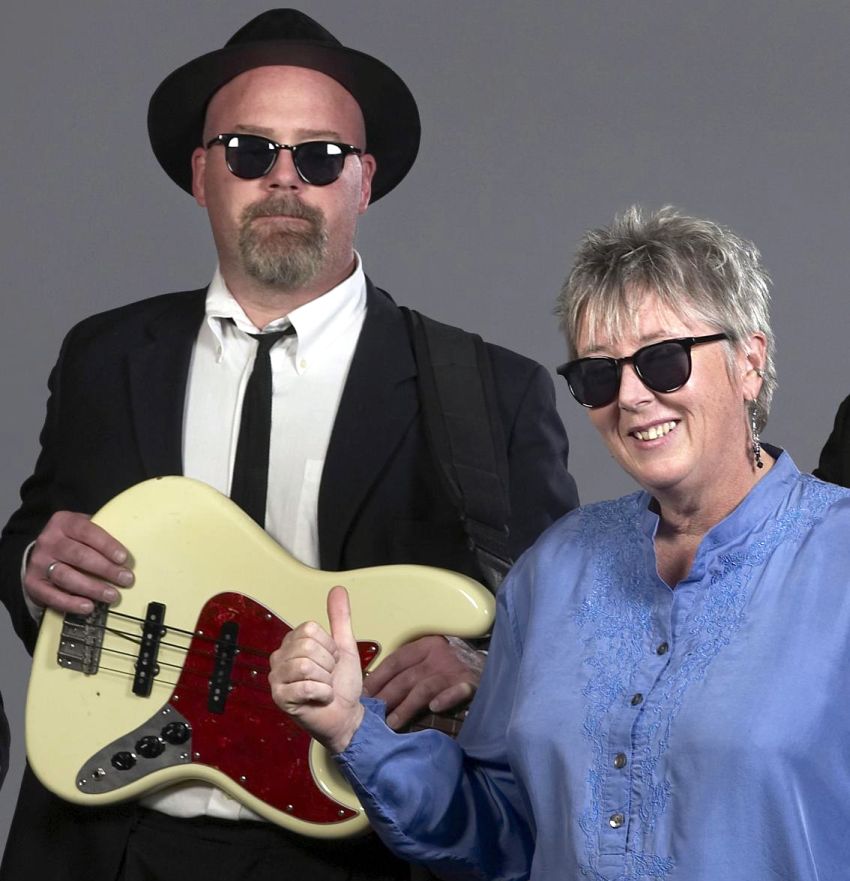 Laurie D with the fabulous Jeff Fournier on bass (of the dance band Thumpin’) at Golden Moon Speakeasy.

Enjoy light jazz and upbeat blues with a really groovy atmosphere and fancy cocktails and tapas!

Laurie D on guitars/vocals – Performing some of her favorites including “Blue Moon,” “I’m Beginning to See the Light,” “Misty,” “Night and Day,” “Masquerade,” “Sugar,” “Everyday I Have the Blues” and some her original music.

Billboard Magazine award recipient, Laurie Dameron, has been playing the guitar for over 50 years and singing even longer. Between solo performances and performances with her band, Laurie D and the Blues Babes, she has performed for hundreds of venues in and out of Colorado over the past 30 years. A broad repertoire folk, blues, and jazz allows her to perform many different venues. She has produced three CDs and currently working on fourth and fifth.

Dameron’s (second) album “Looking Through the Blue” is all original jazz and is self-produced and arranged. She does all the guitar work, vocals and much of the percussion.

“I Can’t Wait to See You Again” her (third) album with one original, the title cut, which won honorable mention in the 2008 and 2009 Billboard Magazine World Song Contest and also 12 of her favorite jazz standards.

“Based in Colorado, Dameron has an echoey acoustic sound on her guitar that is slightly reminiscent of Pat Metheny at times. Her music is soothing, danceable (but with subtle rhythms) and pleasing.”
–Scott Yanow, Los Angeles Jazz Scene