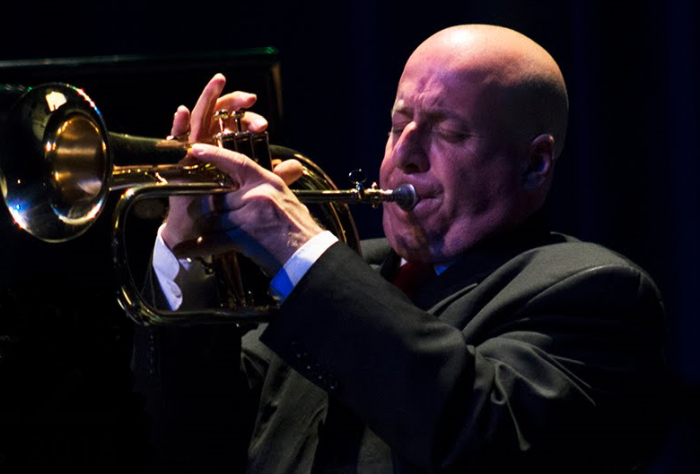 This series aims to pay homage to the art and life of trumpeter and composer Kenny Dorham. Known both as a bandleader and for his work with saxophonist Joe Henderson, Kenny Dorham played along many jazz greats including Billy Eckstine, Dizzy Gillespie, Charlie Parker, Max Roach, and Art Blakey and Jazz Messengers. Kenny helped define the sound of bebop, and hard bop through his masterful improvisations and compositional abilities.

Denver based trumpeter Greg Gisbert has firmly established himself as one of the most sought-after and well-respected artists in jazz today. He has recorded and performed with jazz greats including Buddy Rich, Woody Herman, Clark Terry, Horace Silver, Maynard Ferguson, Bobby Shew, John Fedchock, Harry Connick Jr., Jim McNeely, Toshiko Akiyoshi, and Nancy Wilson. He is one of the founding members of the group Convergence, as well as the founder of the Greg Gisbert Syndicate, both based in Denver. Gisbert is a frequent invited guest with an array of ensembles, including the Maria Schneider and Vanguard Jazz Orchestras, the Smithsonian Jazz Masterworks Orchestra, Carnegie Hall Jazz Band, and Dizzy Gillespie All-Star Big Band.

Rico Jones, a Colorado native, first picked up the alto saxophone at age 11, by eighth grade Rico was playing with high school level ensembles as well as participating in the Denver Jazz Club Youth All-Stars, Telluride All-Star Band, and The Sacramento Jazz Festival All Stars group and in 2016 he was chosen take part in the prestigious Jazz Band of America. He has performed with Ernie Watts, Candido, Donald Harrison, Howard Levy, Ari Hoenig, Jeff Coffin, Colin Stranahan, Hubert Laws, Terrell Stafford and, Earl Clue. Rico Jones lives in Denver in summer and New York City the rest of the year where he is studying at the Manhattan School of Music.

– For bar and walk-in guests, a music fee of $25 per guest applies to this show

To accommodate high demand and help our staff maintain a properly sanitized premises, we respectfully request that guests limit their visit to one set only at this time.