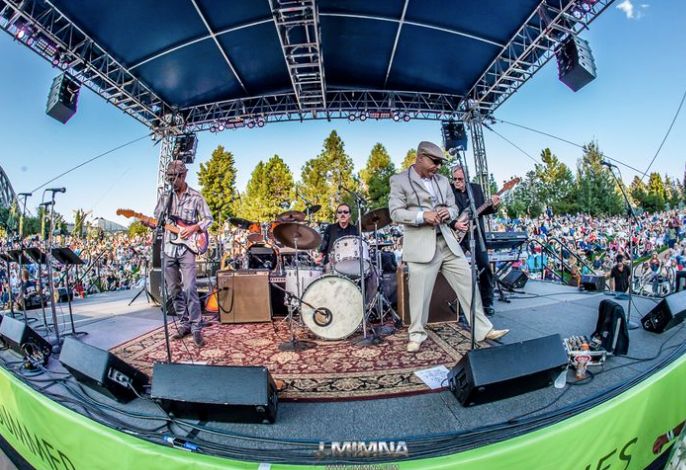 The Delta Sonics music takes a Chicago Blues base and seasons it with Swing, Delta, N’awlins R&B and some early Rock n’ Roll.

They were Westword’s best blues band in Denver the last six of eight years. The band made the semi-finals in the Memphis (International Blues Challenge) in 2012, defeating 25 other Colorado bands. They have been featured at many of the major festivals in Colorado and Wyoming.

Al Chesis supplies vocals & foot stomping showmanship but it’s his harmonica playing that grabs you. He has been a Hohner endorser since 1992. Bob Pellegrino supplies the dazzling, slide guitar. Bob was the Colorado Blues Society’s best slide guitar player in three years in a row. Rising bass star Alissa Chesis and Stefan Flores on drums ‘drive the bus’ and are a grooving rhythm section.

The Sonics have been the Mile Hi ‘go-to’ band for touring Blues national acts for 15 yrs. The band has backed national blues acts like Big Bill Morganfield, Steadyrollin Bob Margolin, and others.