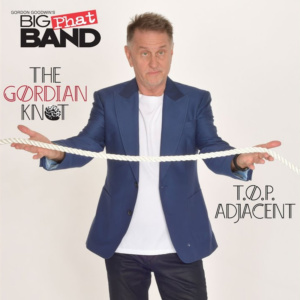 A native son of Wichita, Kansas, Gordon Goodwin has been living in Southern California since the mid-1970s when he relocated there to further his music education at Cal State University-Northridge. Upon completion of his studies, Gordon began working at Disneyland in the theme park’s band. After a few years he was commissioned to compose a musical that featured both past and the then present Mouseketeers.  Upon hearing his music, the master drummer and bandleader Louie Bellson recruited Goodwin to join his band. That exposure led Gordon to begin studio work for many outstanding artists including Gil Scott-Heron, Mel Tormé, Ray Charles and a long-term touring and recording tenure with guitarist Grant Geissman. In 1999 Mr. Goodwin founded the Big Phat band for what he thought would be a single performance at his alma mater Cal State at Northridge. The concert was so successful that he began getting calls for other shows, so he had to assemble a permanent cast of studio musicians who enjoyed playing for live audiences. Since then the Big Phat Band has recorded 7 albums plus a Christmas album, two of which received multiple Grammy® nominations. Goodwin won a Grammy® for Best Instrumental Arrangement in the film The Incredibles and has received 3 Emmy® awards Gordon has also kept busy writing other movie scores, music for TV, guest conducting for the London and Seattle Symphony Orchestras and teaching at the Los Angeles College of Music.

The latest Big Phat Band is titled The Gordian Knot, a Greek mythology about a knot impossible to undo. Like in all his other recordings, Gordon injects humor into his swinging music charts and always has very provocative titles. This time out, Goodwin wrote a song about the super villain who destroyed Superman’s home planet-Krypton, Kneel Before Zod. Other blazing entries are a tribute to Tower of Power, T.O.P. Adjacent, the legendary Hollywood intersection, Sunset and Vine, a re-make of The Incredibles and the Latin-esque Buddy Complex with trombonist Francisco Torres and percussionist Joey De León from the Poncho Sanchez band. One of the 11 tracks is a vocal rendition of the Gershwin brother’s Summertime with the singer Vangie Gunn. Although there are too many musicians to list here, I will point out Wayne Bergeron-trumpet, Eric Marienthal-alto & soprano sax, Andy Martin-trombone while Gordon Goodwin chimes in on tenor & soprano saxes, piano & keyboards! Like with all of Gordon Goodwin’s Big Phat Band previous recordings The Gordian Knot will motivate you to repeat listening sessions from start to finish, in fact, like the proverbial Gordian knot, you might not be able to undo yourself from listening to the album time and time again!

Click HERE to become a CD of the Month member and you’ll receive 13 CDs during your yearly membership.