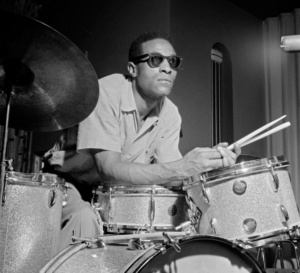 Maxwell Lemuel Roach was an American jazz drummer and composer, one of the most influential and widely recorded modern percussionists.

He was a pioneer of bebop, he worked in many other styles of music and is generally considered one of the most important drummers in history.