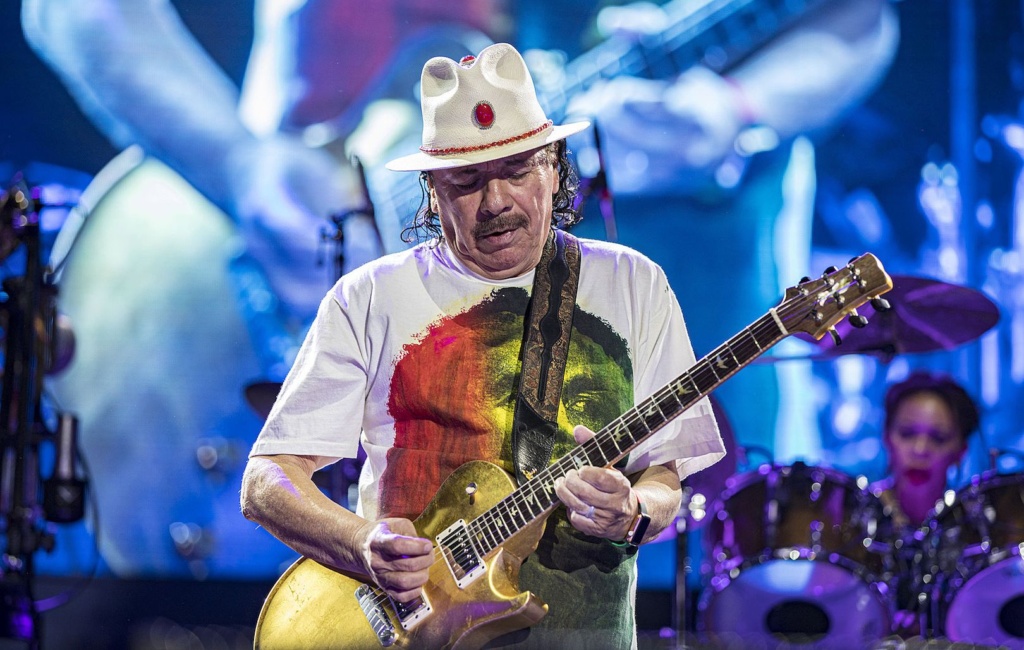 Delivered with a level of passion and soul equal to the legendary sonic charge of his guitar, the sound of Carlos Santana is one of the world’s best-known musical signatures. For more than four decades—from Santana’s earliest days as a groundbreaking Afro-Latin-blues-rock fusion outfit in San Francisco—Carlos has been the visionary force behind artistry that transcends musical genres and generational, cultural, and geographical boundaries.

Long before the category now known as “world music” was named, Santana’s ever-evolving sound was always ahead of its time in its universal appeal, and today registers as ideally in sync with the 21st century’s pan-cultural landscape. And, with a dedication to humanitarian outreach and social activism that parallels his lifelong relationship with music, Carlos Santana is as much an exemplary world citizen as a global music icon.

Santana’s star arrived in the era-defining late 1960s San Francisco Bay Area music scene with historic shows at the Fillmore and other storied venues. The group emerged onto the global stage with an epic set at the Woodstock festival in 1969, the same year that its self-titled debut LP Santana came out. Introducing Santana’s first Top 10 hit, “Evil Ways,” the disc stayed on Billboard’s album chart for two years and was soon followed by two more classics — and Billboard #1 albums — Abraxas and Santana III.

Ever since, for more than forty years and almost as many albums later, Santana has sold more than 100 million records and reached more than 100 million fans at concerts worldwide. To date, Santana has won 10 GRAMMY® Awards, including a record-tying nine for a single project, 1999’s Supernatural (including Album of the Year and Record of the Year for “Smooth”) as well as three Latin GRAMMYs. In 1998, the group was ushered into the Rock and Roll Hall of Fame, whose website notes, “Guitarist Carlos Santana is one of rock’s true virtuosos and guiding lights.” More on Santana-