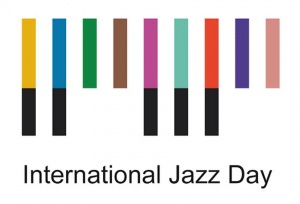 International Jazz Day marks its 10th anniversary this year. Unhindered by its pandemic constraints, musicians from around the world are contributing to the second virtual All-Star Global Concert on April 30, 2021.

Established by the General Conference of UNESCO in 2011 at the initiative of UNESCO Goodwill Ambassador Herbie Hancock, and recognized by the United Nations General Assembly, International Jazz Day brings together countries and communities worldwide every April 30, to celebrate jazz and highlight the music’s important role in encouraging dialogue, combating discrimination and promoting human dignity.

“It’s a day that champions freedom, encourages intercultural dialogue, fosters and strengthens human dignity, and connects millions of people in the name of jazz,” said Herbie Hancock in 2015. “It is so much more than music, jazz is the kind of bridge-builder we need in the world today,” explained UNESCO Director-General Audrey Azoulay in a press release. 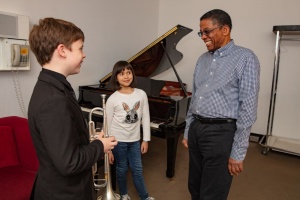 International Jazz Day reaches more than two billion people annually on all seven continents, including Antarctica, through education and community outreach, performances, radio, television, and streaming, along with electronic, print, and social media. The Herbie Hancock Institute of Jazz is UNESCO’s official partner in the organization and promotion of International Jazz Day.

Television Bonus!
KUVO‘s television partner Rocky Mountain PBS will carry the International Jazz Day 10th Anniversary Celebration on Friday evening, April 30th at 8 pm MDT. The television program is a two-hour retrospective that highlights performances by an extraordinary array of music icons over the last 10 years. The special takes a poignant look back at unforgettable moments from Jazz Day concerts since 2012 at historic venues around the world. Viewers will enjoy legendary artists such as Herbie Hancock, Wayne Shorter, Stevie Wonder, Aretha Franklin, Tony Bennett, Chaka Khan, Annie Lennox, Sting, Christian McBride, Wynton Marsalis, and Hugh Masekela, along with hosts Morgan Freeman, Will Smith, and Helen Mirren, among many others, paying heartfelt tribute to the treasured values and unifying heritage of jazz.

At 10 pm, RMPBS continues the celebration with “SINGULAR” – The Story of Cécile McLorin Salvant.