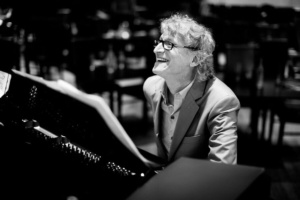 We hope you tuned in to “Jazz with Susan Gatschet” for the interview with pianist Dave Kikoski and Denver saxophonist Rico Jones. Kikoski and Jones stopped by the KUVO studio before their set at Dazzle.

Dave Kikoski’s new album is called “Sure Thing.” Joining him on the Dazzle stage is bassist Bill McCrossen and drummer Colin Stranahan.

David Kikoski and Rico Jones were interviewed by Susan Gatschet, on Tuesday, August 10. Only on KUVO JAZZ! 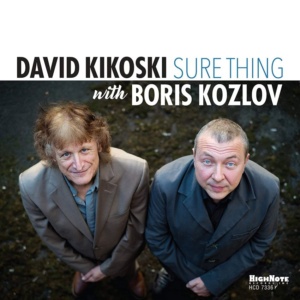 Dave Kikoski (b. September 29, 1961, New Brunswick, New Jersey) is an American jazz pianist and keyboardist. Kikoski learned piano from his father and played with him in bars as a teenager. He studied at the Berklee College of Music in the early 1980s, then moved to New York City in 1985, touring and recording subsequently with Roy Haynes (from 1986), Randy Brecker (1986-88), Bob Berg (1988), and Billy Hart (1989). He has also played or recorded with George Garzone, Barry Finnerty, Red Rodney, Craig Handy, Ralph Moore, Didier Lockwood, Joe Locke, Olivier Ker Ourio, and Mingus Big Band. Kikoski won a 2011 Grammy Award with the Mingus Big Band for the Best Live Jazz Ensemble Album, “Live at the Jazz Standard”. He also had a Grammy nomination with Roy Haynes for the “Birds of a Feather” CD.