Jazz at Lincoln Center is inviting the public to vote for the next class of inductees to the Nesuhi Ertegun Jazz Hall of Fame.  Seton Hawkins, manager of Educational Resources and Public Programming for Jazz at Lincoln Center, joined First Take by  phone to explain the process. 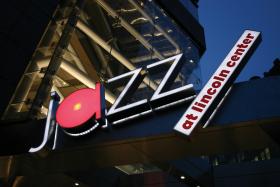 Of the 10 names listed, only the top four vote-getters will be selected for this year’s class.  A panel  of 12, including Bill Charlap, Jon Faddis, Wynton Marsalis and Renee Rosnes had their hands full in forwarding the short list.  “At the beginning of the process there were 27 names,” explained Hawkins.  “I am quite confident that the 17  who you don’t see on the list, we’ll be seeing those again in future years.”

“In my estimation, all ten should be in (the Hall of Fame),” said Carlos Lando, KUVO station manager.  “How do you choose between J.J. Johnson and Errol Gardner?”

The ten nominees, the current 41 inductees, and voting details are at: academy.jalc.org.

Music on this feature is by Bill Cunliffe, “Flying High,” from the CD Imaginacion and Zoot Sims, “‘S’ Wonderful,” from the CD Zoot Sims & the Gershwin Brothers.