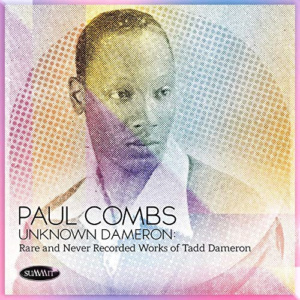 Although Cleveland born pianist Tadd Dameron recorded a few albums under his leadership and appeared in several others as an accompanist, Mister Dameron is far better known as an outstanding composer and arranger, in fact he’s considered the leading arranger and composer of the bop movement. Tadd relocated to New York City during WW2 and immediately made a name for himself composing many songs that have become standards including writing “If You Could See Me Know” specifically for Sarah Vaughan. Dameron wrote charts for Dizzy Gillespie’s big band in the late 1940’s. In the early 1950s he became saxophonist/vocalist Bull Moose Jackson’s pianist and arranger when an upstart Benny Golson was in the sax section, years later NEA Jazz Master Golson said his composing and arranging skills are a direct derivative of Tadd Dameron. In the 1960s Tadd continue writing and arranging for many top names of jazz including Miles Davis, Sonny Stitt, Milt Jackson and several others. Sadly, Tadd died due to cancer in 1965, he was only 48.

Saxophonist-educator-author Paul Combs grew up in Camden, NJ across the river from Philadelphia where he earned his Bachelor of Music degree for composition at the Philadelphia Music Academy now the University if the Arts. In the early 1970s he relocated to Boston where he not only played in many venues of the area, he decided to write a biography of Tadd Dameron, his most important influence in his compositional and arranging skills. After over 25 years of research and overcoming obstacles, Dameronia: The Life and Music of Tadd Dameron was published in 2012 garnering rave reviews. While writing the book, Paul discovered many songs written by Tadd that had never been recorded in addition to others who were recorded only once or twice. Combs decided to record an album of these songs: Unknown Dameron: Rare and Never Recorded Works of Tadd Dameron has recently been released by Summit Records. Paul on saxes teams up with among others, Bill Cunliffe, Jeff Denson, and Charles Ruggiero just to mention three.  Of the 12 tunes on the Unknown Dameron, three are vocals performed by Danielle Wertz. The others range from swing to bop to medium tempo, all the songs reflect the amazing artistry of Tadd Dameron and the sensational sax of Paul Combs.  As pleasant as it is to hear this previously unavailable material from Dameron, we can look forward to a follow up session because Combs has more previously unheard music from Tadd that didn’t make it to this recording. To paraphrase one of Tadd Dameron’s best known songs, this is a most delightful listening experience!