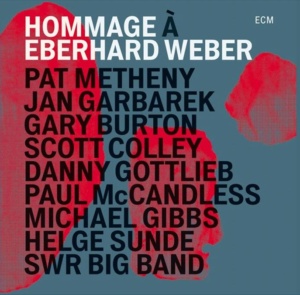 The AllMusic Review by Thom Jurek states, “Weber witnessed this concert from the seats; he was by all accounts not only pleased but moved. This is an understandable response to Hommage à Eberhard Weber, which not only proves an exception to by-the-numbers tribute recordings, but stands as a daunting, creative, and enduring extension of the bassist’s work.” On All About Jazz, John Kelman said “Weber is not just all over this record in the various compositions that have been drawn from nearly his entire career, arranged for a series of guests and the SWR Big Band, but he is actually heard—and, for those fortunate enough to have been there, seen— performing in the form of archival video recordings played on a large screen hung above the stage: video samples, then, rather than merely audio samples …Hommage à Eberhard Weber honors Weber in a way that both appreciates and respects … and couldn’t be a more perfect tribute—or a more perfect gift—to this uniquely talented and influential bassist/composer.” The Guardian’s John Fordham stated “Weber’s sparing themes and subtle tone-poetry are perhaps better suited to small bands than orchestras, but there’s a lot of heartfelt and often beautiful music here for his admirers” In The Irish Times, Cormac Larkin noted “Hommage is more than a tribute – it breathes new life into the playing of one of the founding fathers of European jazz”. The Telegraph concert review by Sebastian Scotney stated, “this weekend’s 75th birthday concerts in Stuttgart for the German bassist Eberhard Weber are going to take some beating as the jazz events of the year”. 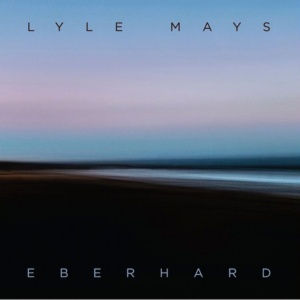 When pianist, keyboardist, synthesist, and composer Lyle Mays passed away at the far too young age of 66 following a long battle with a recurring (but, to this day, undisclosed) illness in February 2020, it was a major loss for his fans. It was an especially deep body blow to those who’d followed his decades-long work as a performer and compositional collaborator with Pat Metheny in the guitarist’s critically and commercially acclaimed Pat Metheny Group. Mays had been largely MIA from the music scene as a performer for the past decade, but even longer when it came to recorded works.

Eberhard appears to be Lyle Mays’ own musical swan song, one in which he was fully involved from beginning to end despite its posthumous release. Its relative brevity renders double bassist, co-producer, Metheny Group collaborator and close friend Steve Rodby’s liner notes all the more upsetting, as he describes that the piece “wasn’t meant to be Lyle’s last piece of music, and if he’d lived longer, he had plans for more.”

Still, if Eberhard is, indeed, the final contribution to come from Mays’ mind, heart, and soul, it’s as fine a piece of music as could be hoped for by those familiar with this remarkably fertile, innovative, and deceptively sophisticated composer, performer and conceptualist. For those unfamiliar, there are many fine places to begin acquaintance with Mays’ oeuvre. In its paradoxical concision and expansive musical reach, however, Eberhard is as superb an entry point as any to Mays’ extraordinary and exceptional body of work.

Mays’ was a multidisciplinary intellect, as taken with the challenges of architecture, computer programming, and musical synthesis as he was the music from which his reputation stemmed. The truth is, however, that if we are all the sum total of our life experiences and interests, then the many seemingly disparate avenues down which Mays traveled throughout his life all seem to have coalesced in the conception and ultimate realization of Eberhard. 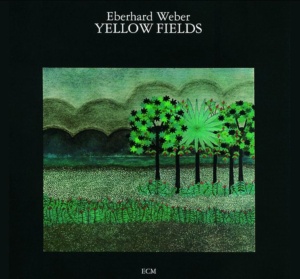 Described by England’s Wire magazine as a “masterpiece”, Yellow Fields, recorded 1975, introduced the first edition of Eberhard Weber’s Colours, “one of the most important and influential groups of its time”, according to Ian Carr in Jazz, The Essential Companion. Impressionistic in intent, Weber’s music emphasized mood and atmosphere above the dexterity of the players, or as he put it to Impetus magazine, “I’m more interested in teamwork and the total sound, rather than the individual sounds.” He was also at pains, in this period, to emphasize his distance from the jazz tradition, preferring to feature Charlie Mariano (whose credits include work with Mingus, McCoy Tyner, Elvin Jones) on soprano…

Tune in to The Nightside with Andy O’ on Sunday night, November 21, from 8 to midnight.

The Movement Revisited on The Nightside

The Nightside — Ellington's Nutcracker and a special Christmas Concert

'Twas The Nightside Before Christmas