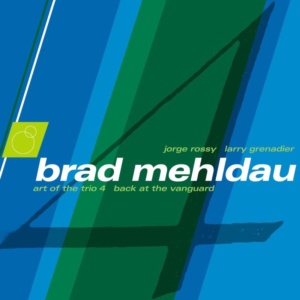 This is the second live recording of Mehldau’s trio from a week at The Village Vanguard in New York, this one in January 1999. As the band has evolved, the rhythmic relationship between Mehldau, Grenadier, and Rossy has become more elastic yet more solid. Mehldau says, “Our trust level was becoming consistently stronger collectively, so we began to feel less and less constricted by whatever form we were in. The year before this recording, and the following couple of years, were very active in terms of performance for us, so we really had an opportunity to develop as a band.

This record came at a point where I realized that my musical identity was inseparable from Larry and Jorge, because we were growing together and influencing each other in this malleable, give and take kind of way.” A highlight of this record is ‘Nice Pass,’ the first of several of what Mehldau half-jokingly refers to as one of his ‘epic-tunes. 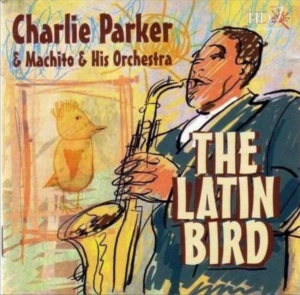 In December 1950 producer Norman Granz recorded the successful Afro-Cuban Jazz Suite, which featured the Machito orchestra along with soloists Charlie Parker on alto saxophone, Buddy Rich on drums, Flip Phillips on tenor saxophone, and Harry “Sweets” Edison on trumpet, with arrangements by Arturo “Chico” O’Farrill. Musicians in Cuba, led by pianists Frank Emilio Flynn and Ramón “Bebo” Valdés, also kept in touch with and contributed to the development of this new style. Valdés’s “Con Poco Coco,” released in 1952, became the first spontaneously improvised Afro-Cuban jam session known to have been recorded. 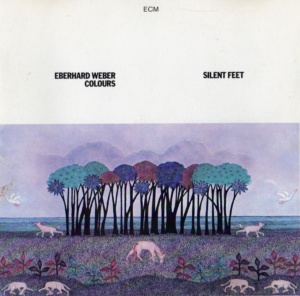 Eberhard Weber on bass, Rainer Brüninghaus on piano and synthesizer, Charlie Mariano on soprano saxophone and flutes, and John Marshall on drums

Eberhard Weber born in Stuttgart, Germany… is a German double bassist and composer. As a bass player, he is known for his highly distinctive tone and phrasing. Weber’s compositions blend chamber jazz, European classical music, minimalism, and ambient music, and are regarded as characteristic examples of the ECM Records sound.

His playing with American saxophonist Charlie Mariano on this recording is poignant and on point.

Tune in to The Nightside with Andy O’ on Sunday night, August 8, from 8 to midnight.

Memorial Day on The Nightside