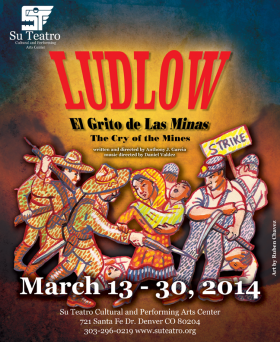 In performance through March 30 at Su Teatro Cultural and Performing Arts Center, it’s the story of a New Mexican family who, having lost their ranchito during the early 1900’s, are forced to migrate to Southern Colorado and work in the mines to support themselves. The family finds themselves caught in the middle of one of the most tragic moments in U.S. labor history. On April 20, 1914, the Ludlow Massacre left 25 people dead.

Music on this feature is from the play, which also features several KUVO staff members in the cast and band: Debbie Gallegos, Yolanda Ortega and Jimmy Trujillo.