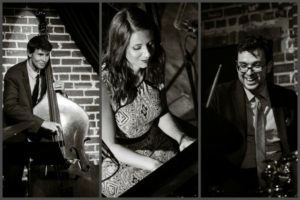 Since Nocturne opened its doors in 2015 the club, at 1330 27th St., has provided listeners with extended residencies by area-based players together with an emphasis on fine food prepared by Chef Greg Weadick. And you can catch up with all that in the “Top of the Town” issue of 5280 Magazine.

Sticking with the music side of things, Nocturne has pianist Annie Booth’s trio on Thursday at 6:30 and 8:30 p.m. and the Heidi Schmidt-Wil Swindler Quintet on Friday at 6:30 and 9 p.m. (303-295-3333). On Saturday, Nocturne has saxophonists Rich Chiaraluce and Keith Oxman bringing the Boss Tenor sounds of Gene Ammons and Sonny Stitt to the stage at 6:30 and 9 p.m. After the weekend, Nocturne offers up the Latin jazz beat of Moderno on Tuesday at 6:30 and 8:30 p.m. and the heavy drumbeat of Ed Breazeale’s quartet on Wednesday starting at 6:30 p.m. City Park Jazz on Sunday also goes to the Latin site this week with Conjunto Colores at 6 p.m.

Over at Dazzle, where appearances by area-based artists are mixed with regular visits by major name on the national scene, the week in music begins on the bluesy side on Thursday with the Tri-City Trio that has Al Chesis on harmonica and vocals. That trio is up at 6:30 p.m. followed, still on Thursday, by the East-West Syndicate with players such as saxophonist Rico Jones and bassist Gabe Rupe.  Thursday ends at Dazzle, 1512 Curtis, with a Dazzle Session featuring Wayne Shorter’s music (303-839-5100).

On Friday, Dazzle has the groove sound of the Huntertones sextet at 7 p.m. and guitarist/vocalist Pierce Murphy’s trio at 9:30 p.m. Then on Saturday, Dazzle has folk and more from Paper Bird co-founder Esme Patterson starting at 7 p.m. and on Tuesday, pianist Pat Coil visits town as part of saxophonist Joe Anderies’ Collaborative Project at 7 p.m.

To wrap up the week at Dazzle, the club in the historic Baur’s Building has free sounds from trumpeter Shane Endsley and Impulse celebrating the 147th birthday of Baur’s Confectionary Company from 4:30 to 5:30 p.m., followed by a ticketed set at 7 p.m.

Speaking of candy, the musical Roald Dahl’s Charlie and the Chocolate Factory is at the Buell Theater through July 28 (303-893-4100). Just like candy, the play’s appeal isn’t limited to kids. Based on the 2005 film directed by Tim Burton, Charlie doesn’t carry an age limit. If the Oompa-Loompas and the nut-sorting squirrels in the second act don’t make you smile I don’t know what will.