In the 1960s, Miles Davis was probably the hippest cat on the planet. He personified cool elegance. Stylish in his Brooks Brothers suits, cruising Manhattan in his yellow Ferrari, one beautiful black woman or another on his arm. His theme song embodied a confident indifference to the straight world that so many jazz artists and fans admired and tried to emulate—So What! 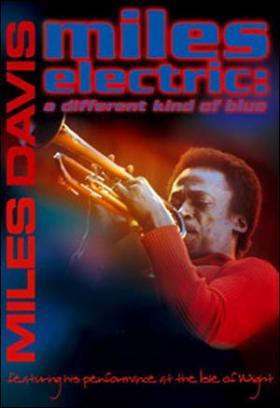 From Bebop to Hard Bop, to Cool, to Modal, from ages 19 to 40, he was instrumental in inventing all these new musical vocabularies.

But by the mid 60s jazz sales were stagnant and clubs were often empty, but rock, blues and R & B bands were filling up concert halls and selling loads of records.

Miles could have played “All Blues” and “So What” for the next 40 years and been loved for it but he refused to look backwards.  Like his trumpet sound Miles was a restless, searching, probing artist. Miles was a risk-taker and adventurer and certainly would not sit tight and become a museum piece.

Especially with the release of Bitches Brew in 1969 Miles broke from the jazz scene as we knew it. He changed his sound, his wardrobe, and his whole style to reflect what was going on in the world. He drew from the most happening music of the day; Cannonball Adderley, Tony Williams’ Lifetime, as well as Jimi Hendrix, James Brown and Sly and the Family Stone.

Bitches Brew was a completely fresh and original concept, one that blended jazz, rock electronics, funky vamps, and African grooves into a new song structure and a new style of recording where the editing process was as much a part of the creative process as laying down the tracks. No one had ever attempted such music before.

Immediately some critics and fans labeled him a sell-out and turned their backs on him. They dismissed him as pandering to rock audiences and only in it for the money.  Other newer listeners embraced him. And Miles’ reaction?Well, his response to his critics was probably some (profane) variation of “So What?”

Despite the critics and the shock of the new sound, at the time of its release Bitches Brew became the best selling jazz album and it remains, 40 years later,only one of eight jazz albums to sell more than one million copies (RIAA via rateyourmusic.com).

In August of 1970 Miles took his then-group of Chick Corea, Keith Jarrett, Gary Bartz, Dave Holland, Jack DeJohnette and Airto to perform at the Isle of Wight rock festival off the coast of Southern England where he shared the stage with giants from the rock world Jimi Hendrix, Sly, The Who and others in front of 600,000 fans. This documentary, Miles Electric: A different kind of blue,  is built around his full performance, footage that had not been seen in the 40 years since the band played it. All of the band members are interviewed and discuss their memories of the concert, of playing with Miles, along with other Miles alum and admirers such as Bob Belden, Carlos Santana and Joni Mitchell. The film shows the searching nature of the music and captures that time period when experimentation, genre crossing, and the politics of now was the order of the day, and where Miles was once again taking a leading role.

An Oscar-winning documentarian, Murray Lerner has produced six films from the 1970 Isle of Wight concert.

One cool thing about this documentary is to hear the enormous regard all the band members had for their time with Miles and what he taught them as a bandleader, in particular as the most acute listener they’d ever known.

With the exception of Chick Corea, even though none of them stayed with electronics, their love and respect for Miles at that period in their professional lives shines through. Do not skip the many extras contained on the DVD as they offer some remarkable stories about working with Miles as well as Airto, Carlos, Marcus Miller and Herbie Hancock all performing spontaneous solo tributes to Miles.  Not to mention all the ways people imitate Miles’ raspy voice.  And yes, Miles speaks for himself as well.