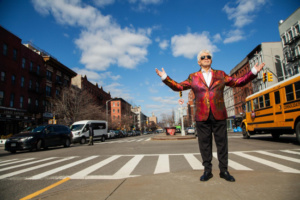 Monty Alexander is one of the most beloved pianists on the scene, audiences around the world love his passionate playing whether he’s leading his straight-ahead jazz trio or his Harlem-Kingston Express ensemble. Attending a Monty concert is like being entertained by a magician, you just never know what he’ll pull out of his bag of tricks next! Growing up in his native Kingston, Jamaica, Monty was exposed to jazz very early in his childhood, he saw several jazz giants playing in his home town, Louis Armstrong, Duke Ellington and Nat King Cole,  all played pivotal roles in convincing Monty to begin a career as a jazz piano player.  Alexander arrived to Miami as a young man and started playing around town, none other than Frank Sinatra enjoyed his style and suggested he move to New York where he became the house pianist at Jilly’s Saloon,  the favorite NYC watering hole of the Rat Pack in the 1960s. From there, Monty began recording and touring around the globe performing with some of the all-time greats, Ray Brown, Herb Ellis, Sonny Rollins, Milt Jackson, Johnny Frigo, Jeff Hamilton, John Clayton, Russell Malone and many others. Throughout his career Mr. Alexander never has forgotten his Jamaican roots and frequently added the music of his island nation into his repertory. When listening to Monty, one can hear mento, rock steady, ska, reggae and Bob Marley in his playing.  Moreover, Monty is a master of quoting a wide arrange of songs during his always cheerful solos.

For his most recent album, Wareika Hill: Rastamonk Vibrations, Monty has fulfilled a lifelong ambition of blending the music of Thelonious Monk with the music he heard being raised in Kingston. Turns out that the Alexander household was adjacent to Wareika Hill, a gathering place for Rastafarian musicians to play their drums and express their spirituality through music. As a young adult hearing the music of Thelonious Monk, Monty was struck with the similarity of Monk’s spirituality and mannerisms which took him back to his youth hearing the Rastas play. Finally, the time came to reach his goal, so Monty called on his usual accompanists, J.J. Shakur, Obed Calvaire and some very special invited guests like Joe Lovano, John Scofield and Wayne Escofferey to name a few. The results of this session are amazing, the spirituality of mixing Monk music with the joys of Rastafarian roots becomes a magical musical elixir guaranteed to make your day become a sunny, tropical island beach day! Earlier this year, Monty Alexander’s 75th orbit around the sun, he was bestowed an honorary Doctorate from the University of the West Indies as well as being a recipient of the Commander of Distinction title from Jamaican Prime Minister P.J. Patterson. The addition of Wareika Hill: Rastamonk Vibrations, to his large discography, which in my opinion is his best CD to date,  will prove that 2019, his Diamond Jubilee, will be the most accomplished year in Montgomery Alexander’s career, yet, there’s so much more to come!!!